Orlando – Escape from Mouseland is by Rick Wright. Rick is a featured travel blogger on Dan330.com. 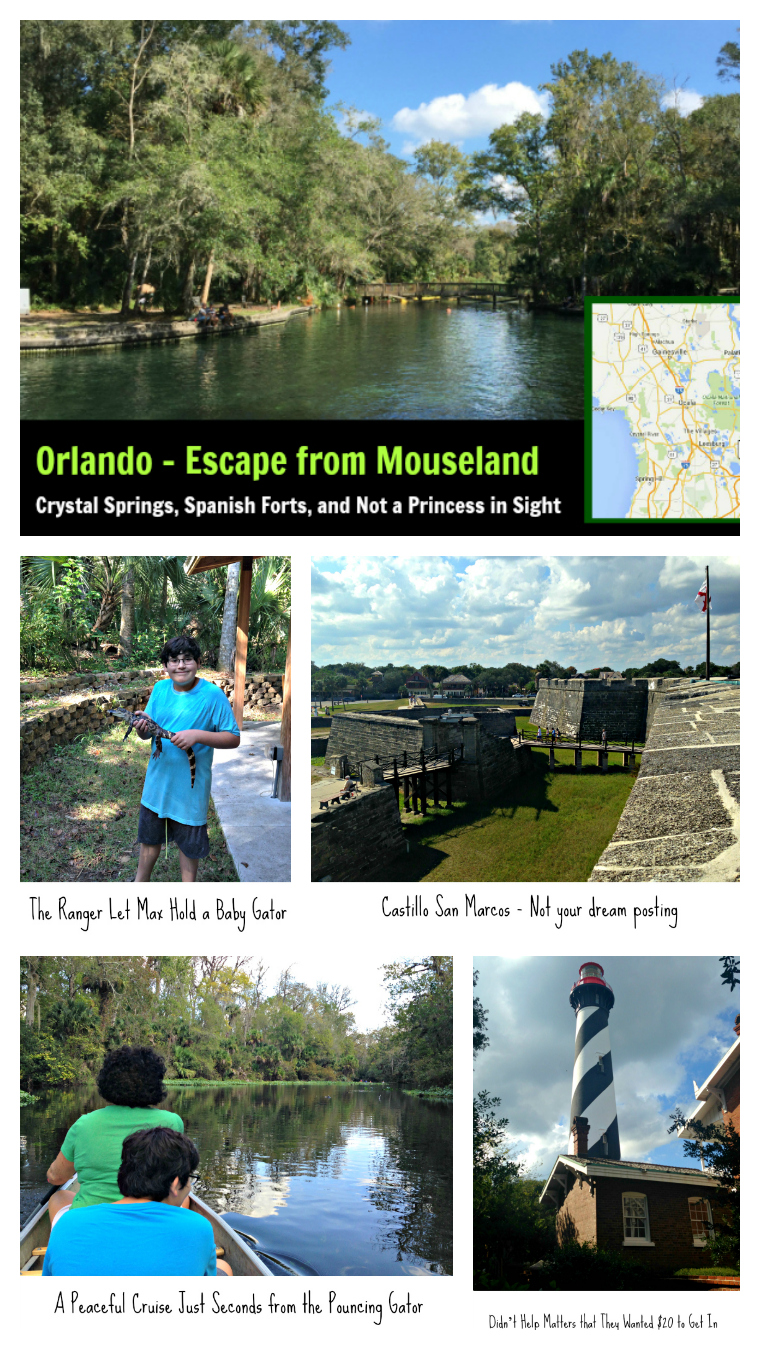 Every year millions of Americans and pretty much the entire population of Great Britain descend upon Orlando. They come to spend. And spend they do. Multi-day passes at Disney. Multi-park passes at Universal. Sea World, Legoland, Cypress Gardens, the list goes on and on and on. The cost for a single day ticket to any one of these places is $100. For a family of 5 over the course of a week, well, you can do the math. 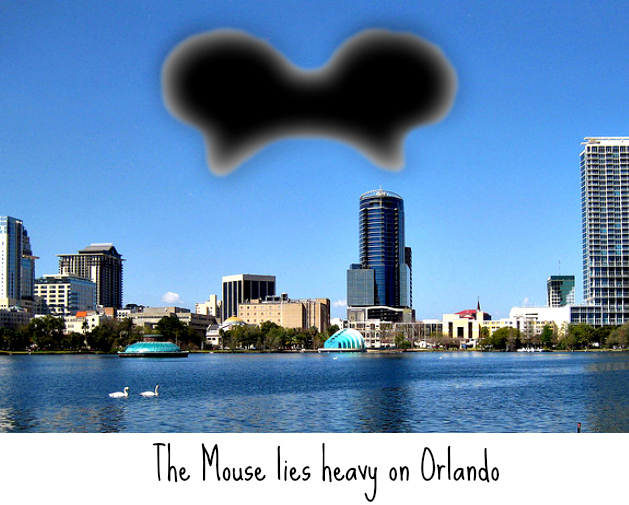 And they miss the whole point of going to Florida. You should come here for one of two reasons:

Orlando fails on both. Technically, it is in Florida, which means that the temperatures are going to be much warmer than the frozen north, but nobody vacations here in the winter. The only reason to come here is for the kids to go to the parks and the kids are in school. So when do people come? The dead of summer when it’s 95F and 95% humidity all the time, with bugs the size of Apache helicopters dive bombing you. Second, Orlando is about as far from the ocean as you can be in the state of Florida. The closest beach is a couple hours away in Daytona or St. Petersburg. They have had to make beaches on local lakes to try to fool the tourists into thinking they’re actually at a beach.

So why is it here, the town of Orlando? Up until the late 60s, it was a farm town. Center for the orange growing business in the state. A sleepy town of about 50,000 virtually surrounded by orange groves. It’s the county seat of Orange County for crying out loud. I came here with my uncle in 1969 to visit my aunt’s family on our way to watch the Apollo 11 launch at Cape Canaveral. There was nothing here. And surely no reason to come for a visit.

This is what attracted Walt Disney. He had a modest success with his Disneyland in southern California, but expansion was out of the question as he was hemmed in by the urban sprawl that is Los Angeles. What’s more, only the fool-hardy east coasters (like my parents) would pack their kids in the car for the week-long trek across country to visit Mickey & Co (think- National Lampoon’s Vacation). He could buy a couple of hundred square miles of orange trees and build to his heart’s content in central Florida. Thus, did Orlando transition from the sleepy orange juice capital to the undisputed king of the family vacation in 1971. Today, there are over 2 million people in the greater Orlando area and many of them are part of the great engine that is the US vacation industry. Yeah, yeah, I know they have an NBA team, but who really wants one?

My point is this, if you want to go to Florida, don’t go in the summer, and don’t go to Orlando. If you daughter is an aspiring Disney princess, you may be flat out of luck. At least there is more than Disney there. Universal Studios theme park is equally huge and expensive. It does have much better rides in my opinion. It does not have princesses, but it does have Harry Potter. My nephew Dan is an entertainer there. He plays Elwood Blue in the Blues Brothers. He is absolutely excellent. More about Dan at the end. There is also Legoland, Sea World and no end of smaller establishment where you can kill a day and most of your next pay check.

For the rest of this article, please visit my new website Day Tripping with Rick!