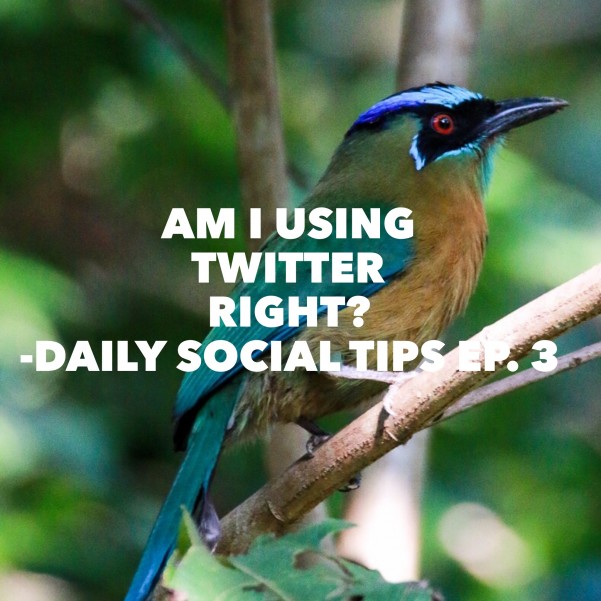 I live in Minnesota and had a chance to speak at IZEAFest 2015. The trip was an awesome experience and you should check out IZEA if you are either a content creator, or a brand. They are first class to work with. But one thing that hit me like a ton of bricks down in Orlando was how connected everyone was. It made me ask “Am I using Twitter correctly?” It wasn’t just at a social marketing conference, but it was everywhere! I found out my personal Twitter game was a D-. Here’s what I learned:

In Orlando, many hotels and other services used Twitter as their primary contact for questions, concerns, and customers services. Largely the attitude of my home state has been indifference to Twitter. But I am going to explain how great this tool is for businesses and brands in this video below so your brand can start bing Twitter ninjas.

I know the video stopped a bit short. My Comcast (I wanted to point out it was Comcast because their customer service sucks and I want everyone to know that they wouldn’t come out same day to fix it) internet went down in the middle of my stream. What I wanted to share after the end was that now, I go on trips or do any travel and I have been able to get SunCountry Airlines to retweet a lot of my content. The point is that Twitter is also a great platform for building relationships with people you are not directly connected to.

For more live streaming, follow me on snapchat at chris.ashbach or on Periscope at @dan330msp. You can also see a list of all of our live streaming here.

Hey! How about that? We have a couple technical issues but here this is what we are talking about. This is our third episode our daily social media tips. Basically we are talking about Twitter. And people that use Twitter right and people that don’t use Twitter as well. First of all I was giving examples of people who are down in Florida. How well people were using platform and first or up here very few Minnesotans have been using Twitter and I really don’t know why. But it is just so obvious when I was in Florida, people understood the platform. What it is and what it does. First of all when you do something on Twitter it is immediate, it’s public and it’s powerful. And that you should use to your advantage if you are a brand person or have a personal brand, you need to understand how the platform works and how you can get it to work for you. Don’t be afraid of it. A lot of people I think in Minnesota, have been saying it’s just not the thing I want to do or they think it’s public and they don’t want everything out there to be public. Well if you are an honest person and have an honest business why wouldn’t you want everything to be public. I will give you an example when I was out at the swan at dolphin. I am going to turn my camera so you can see this tweet. They put everything for their help on the hotel on Twitter. It’s out here I trust them because they are willing to put everything out there and see the complaints that people have and how they respond to them. I think it’s a wonderful way to develop trust with your customers. And you know when I left I finally was playing with them for a little bit and I said I will read this to you. “Hey at swan dolphin room, great room great job using Twitter now show off tell us a joke”, and I put a picture of myself up there. They respond back saying “my specialty is cheese jokes but I really think they will ruin your impression of us.” Look when they engage with me like that it was really kind of a fun thing, they pay attention to us, they’re there and they have to engage with people the right way. And if you think so, and I responded back “well done” And then, this place is called The Dolphin but they got this great huge statue of these fish inside this atrium. And I said “that’s awesome but I think we need to talk about what a dolphin is instead of this picture” and of course they respond back; by the way there is a lot of people who commented on that stream like “yea we were wondering about this whole thing too” but they respond back saying it’s based upon a fountain on the Italian pavilion.