To be honest I never expected to visit the Great Smoky Mountain National Park in January. We have been thinking about a motorcycle trip to this area, but that would be during the warmer months. We were on a long road trip and could not find any nice weather anywhere. After ten days of exploring the Florida coastline from Fort Walton Beach to Naples to Key West and up the east coast, we decided to head for home in Minnesota.

Many hotels were very proud of their properties if you know what I mean and the weather was horrible. Key West was in the 50’s with clouds and strong winds. No reason to throw a lot of money away at those hotels to stay in that kind of weather.

We decided to make the return trip an adventure. Our plan was to visit areas that we had never been to before. The route took us along the Georgia coast to South Carolina where we headed north. On a side note. Neither Georgia or South Carolina had road maps at visitor centers. We navigated by braille for a while in South Carolina because we lost our cellphone coverage. This was really odd as we found most states have very nice visitors centers with tons of resources for tourists.

After spending a night in Columbia, SC we continued on to North Carolina. We were so taken by the area and the friendliness of the people at the welcome center that we ended up spending a night in Asheville. We toured the Biltmore Estate and made a quick visit to the Billy Graham training center as well. Look for posts on these soon.

Now we were staged for a day in the Great Smoky Mountain National Park. I was there many years ago while on a layover in Knoxville during my flying career. It was a quick drive up and back so I really didn’t remember much from my high speed tour back then. 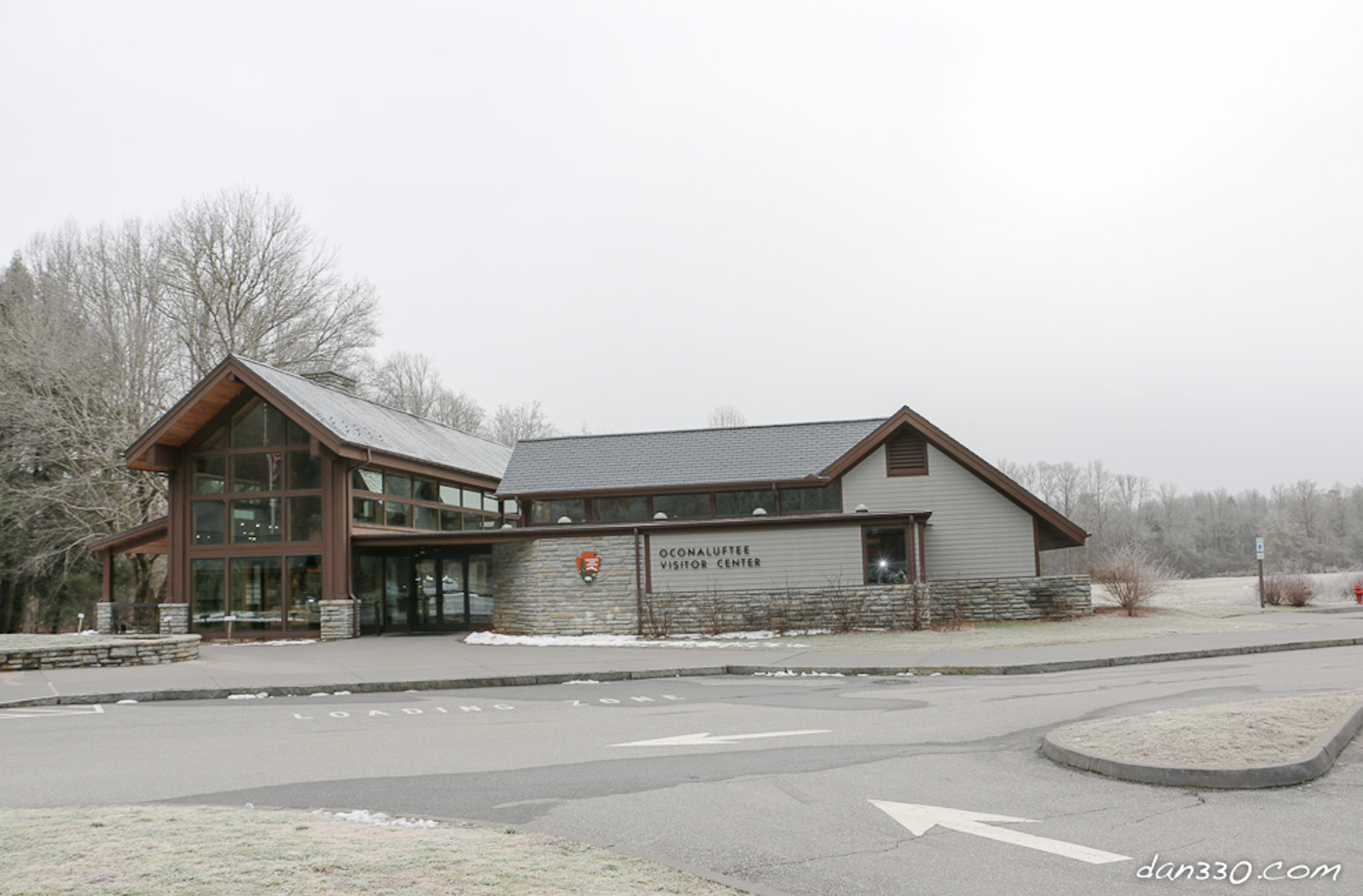 We checked the status of highway 441 through the park in the morning. A big winter storm had gone through the area a few days earlier and many roads in the mountains were still closed. 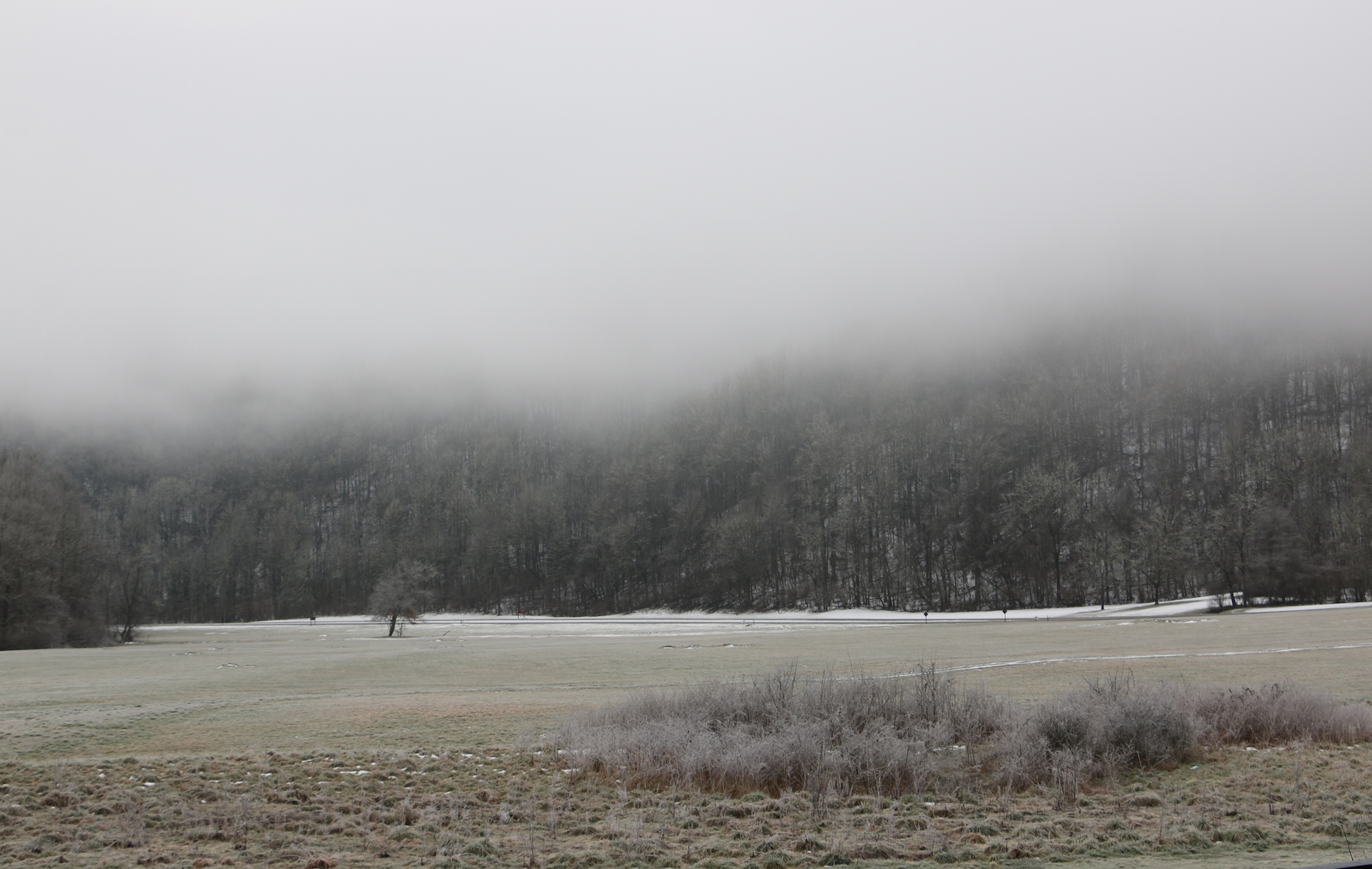 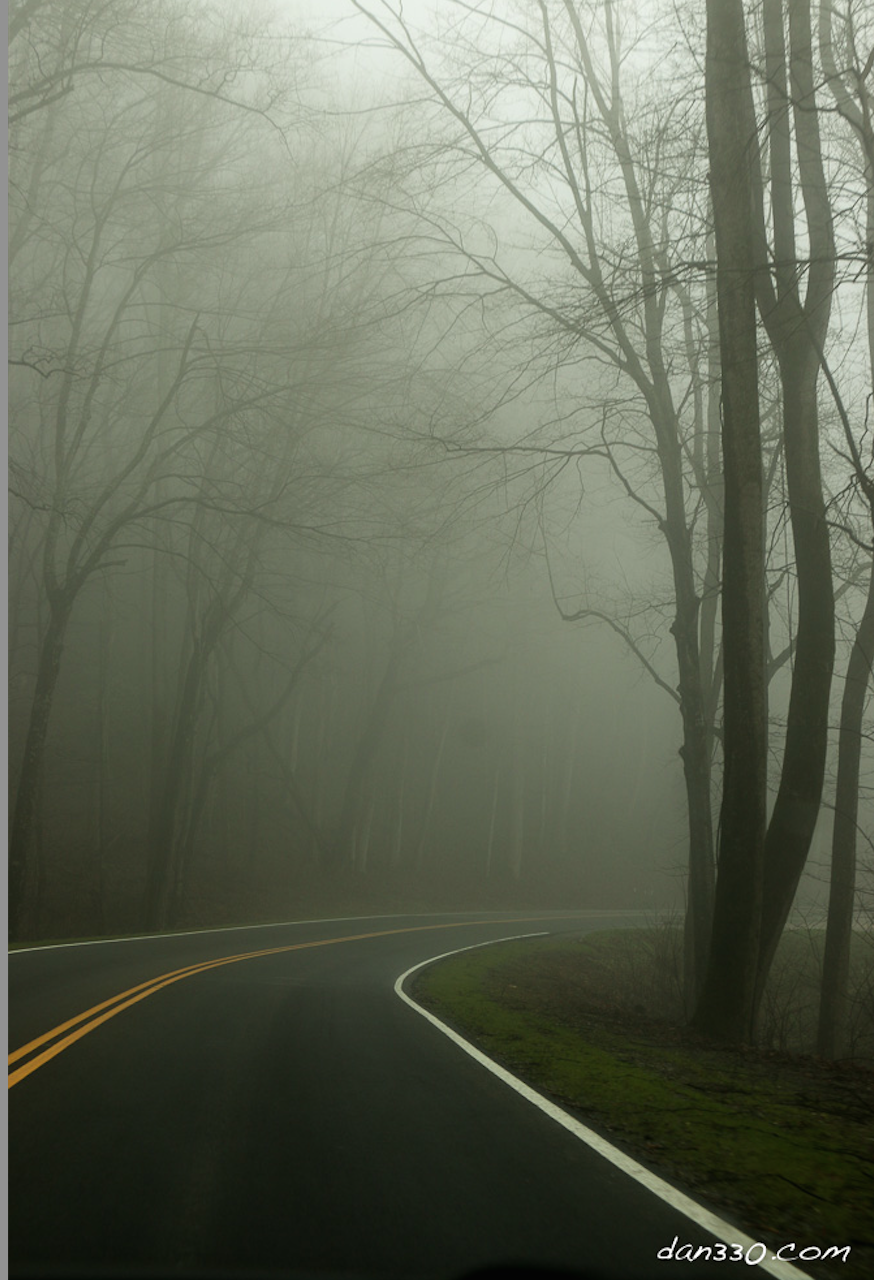 The day started clear and sunny in Asheville and highway 441 was open so off we went. By the time we got to the Cherokee, NC visitors center the clouds had moved back in. Even with the fog and clouds we found some great scenery. We were disappointed that much of our drive would be in the clouds and fog, but made the most of it. Many of the side roads and sightseeing areas off of highway 441 were closed due to snow.

At the visitor center I learned from the park ranger that this is the most visited national park in the national park system. Over 9.4 million people visited this park in 2014. I found that really hard to believe. There was one other car in the parking lot the day we visited and they left. My wife and I have been to all the most popular national parks out west and they always seem so crowded. It turns out that more people visit the Great Smoky Mountain National Park than the #2 and #3 parks combined. I guess we were lucky we hardly saw anyone else all day as we drove through. 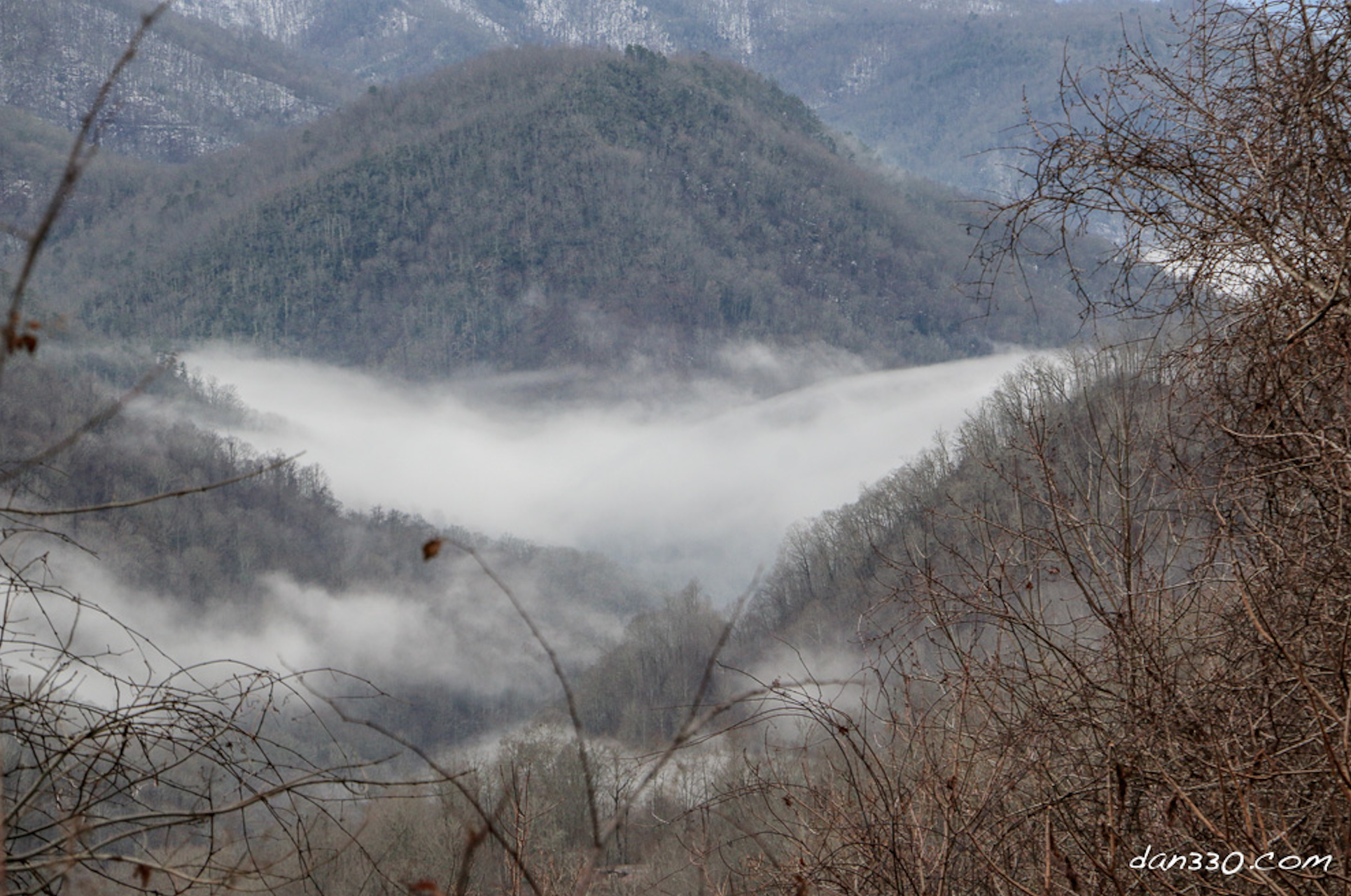 Driving towards the summit on highway 441, we finally popped out of the fog. It was still cloudy but at least there was a view. The park was still beautiful even with the muted colors and clouds. 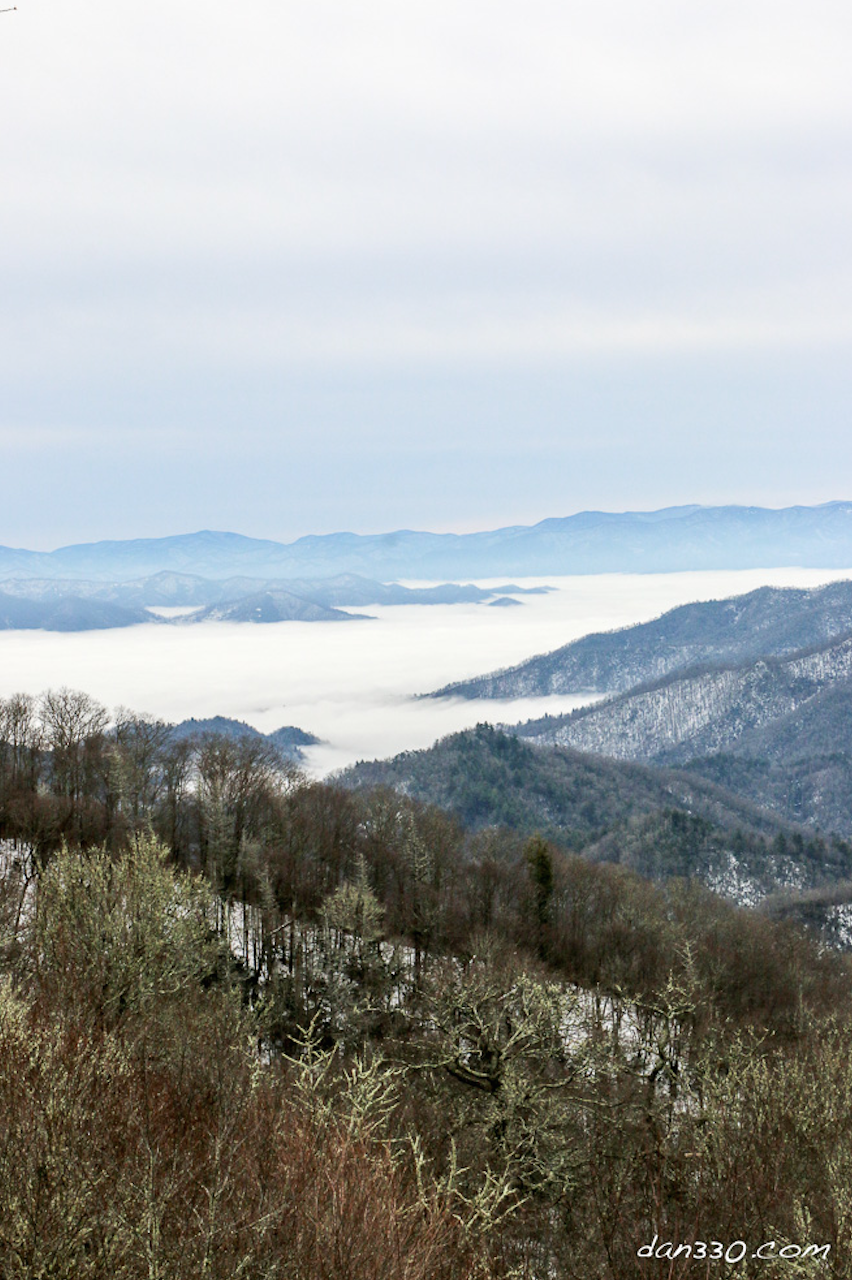 Of course the higher we went the colder it got. Smalls streams were just trickling along giant icicles in the higher elevations. 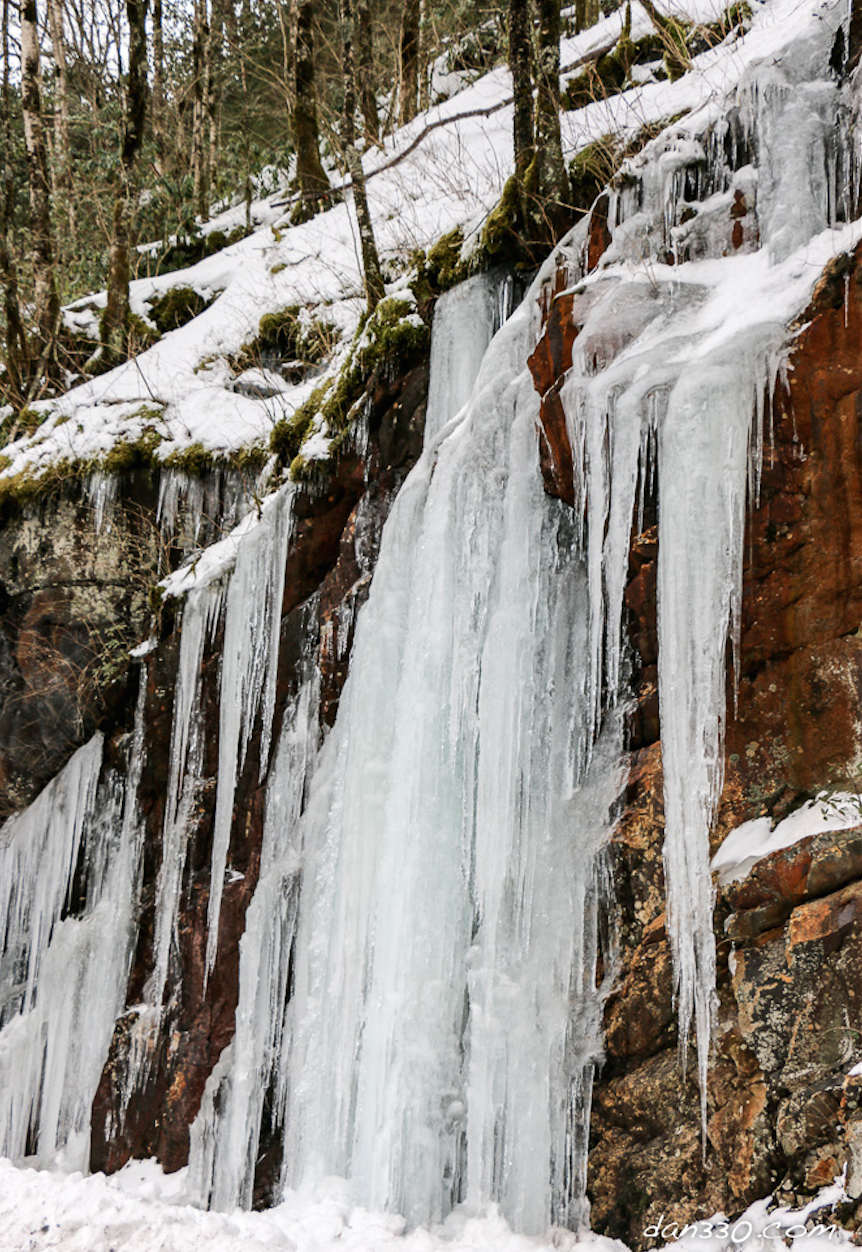 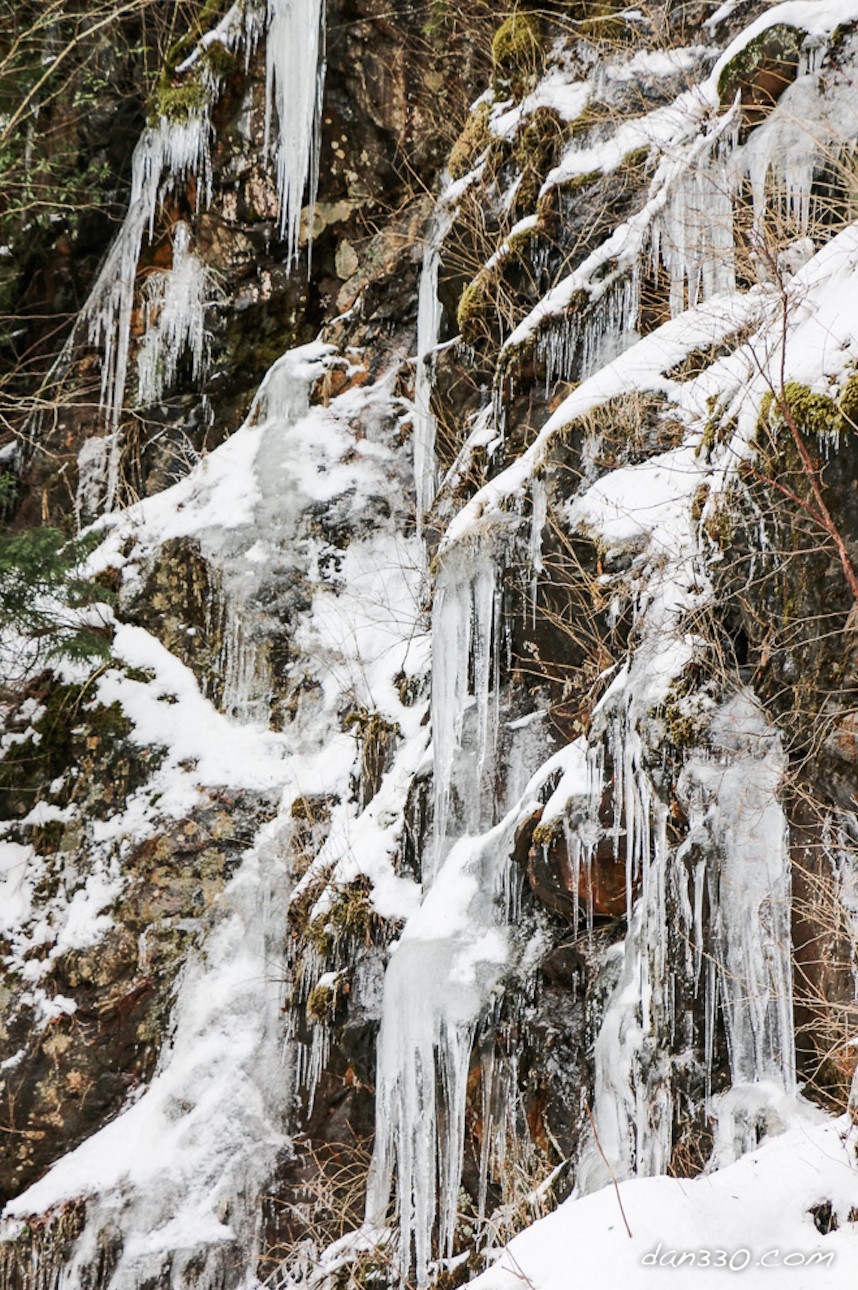 The Great Smoky Mountain National Park covers an area of 816 square miles of the Smoky Mountains.  The Tennessee North Carolina border runs Northeast/Southwest through the middle of the park.

Unfortunately for us the view was not great on the day we visited the lookout at the summit of highway 441. Lots of snow and wind. 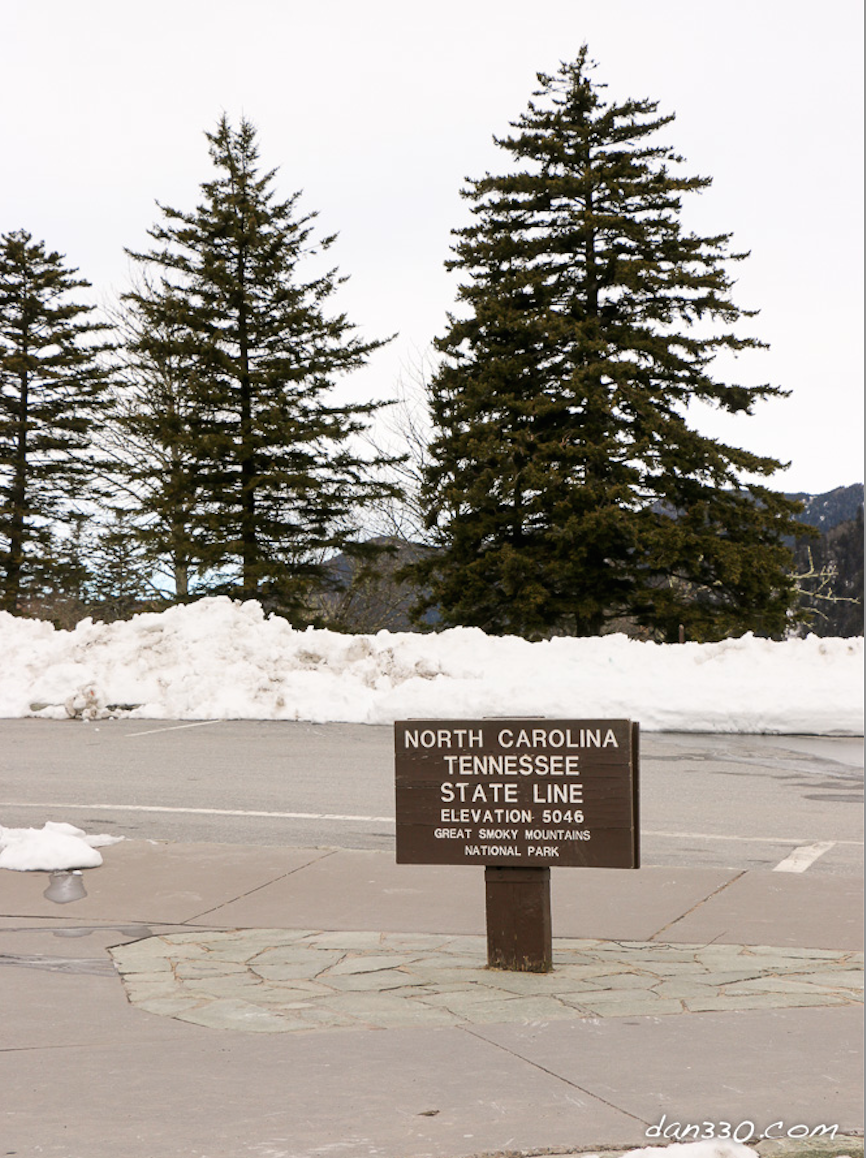 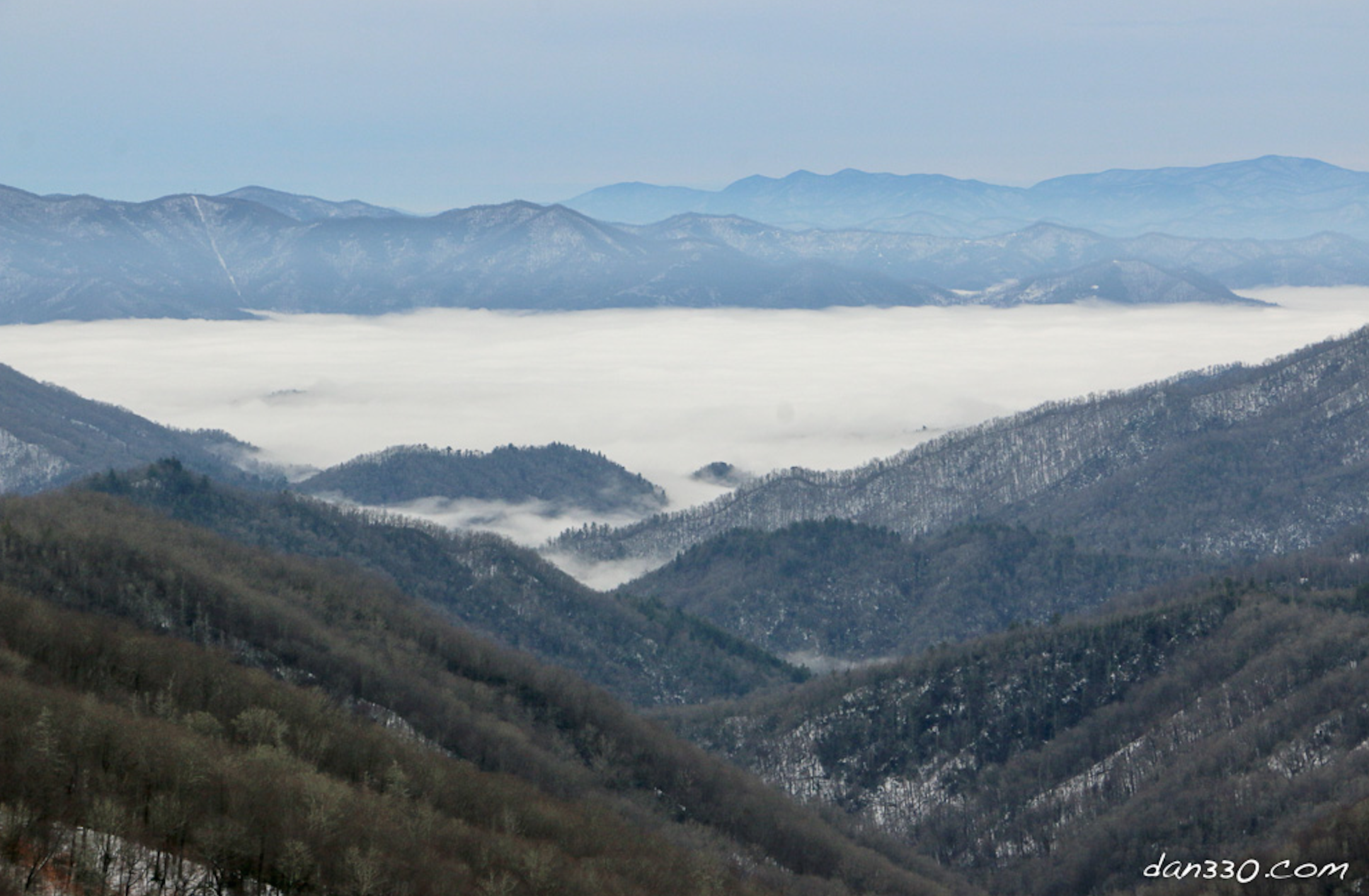 As we headed down the Tennessee side of the park, it was much drier. It was still cloudy but there was better visibility. 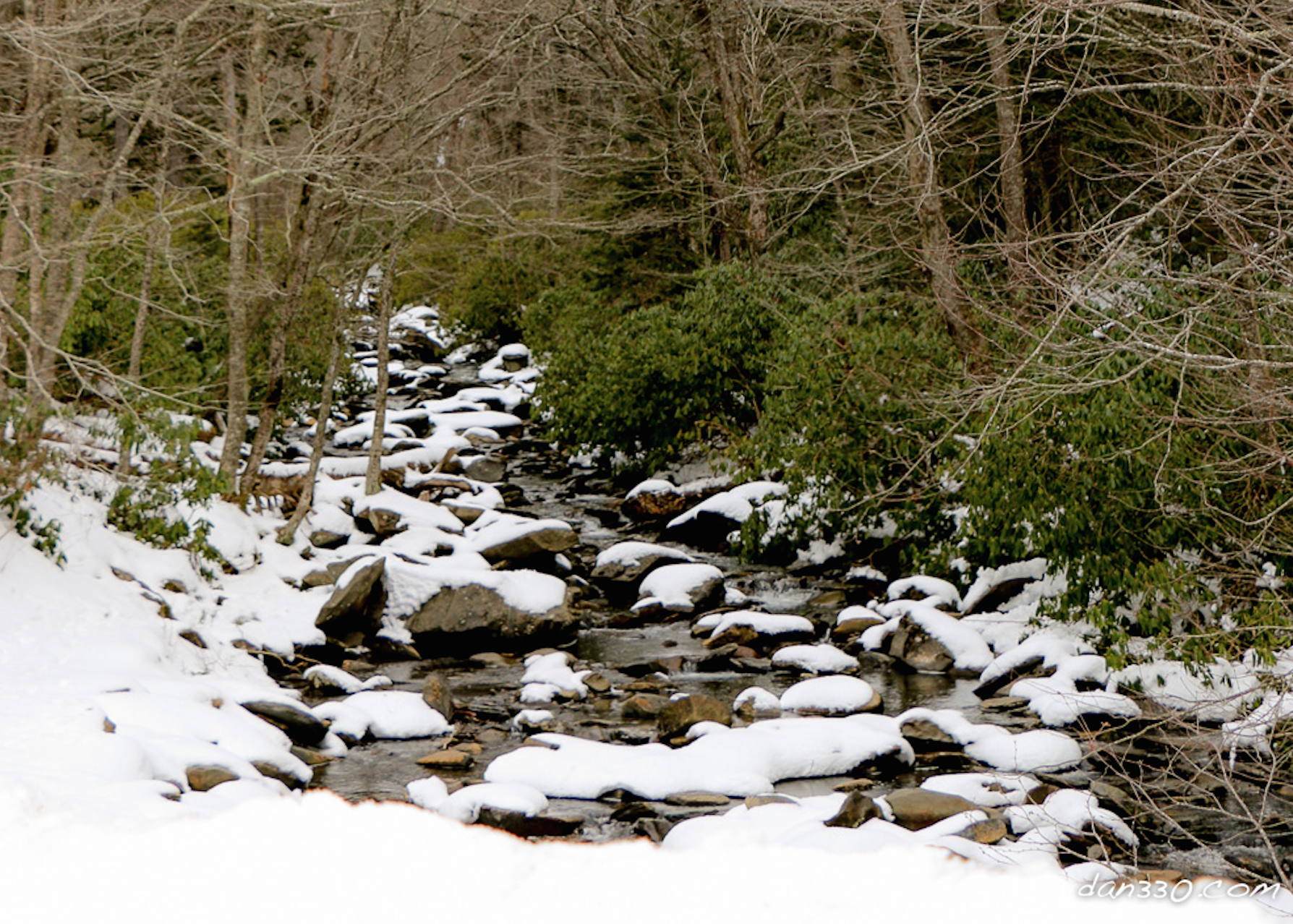 The woods were very beautiful. There is a peacefulness in the off season that many visitors to this great park probably don’t get to see. Being from Minnesota it was hot and dusty compared to the weather we get in January. 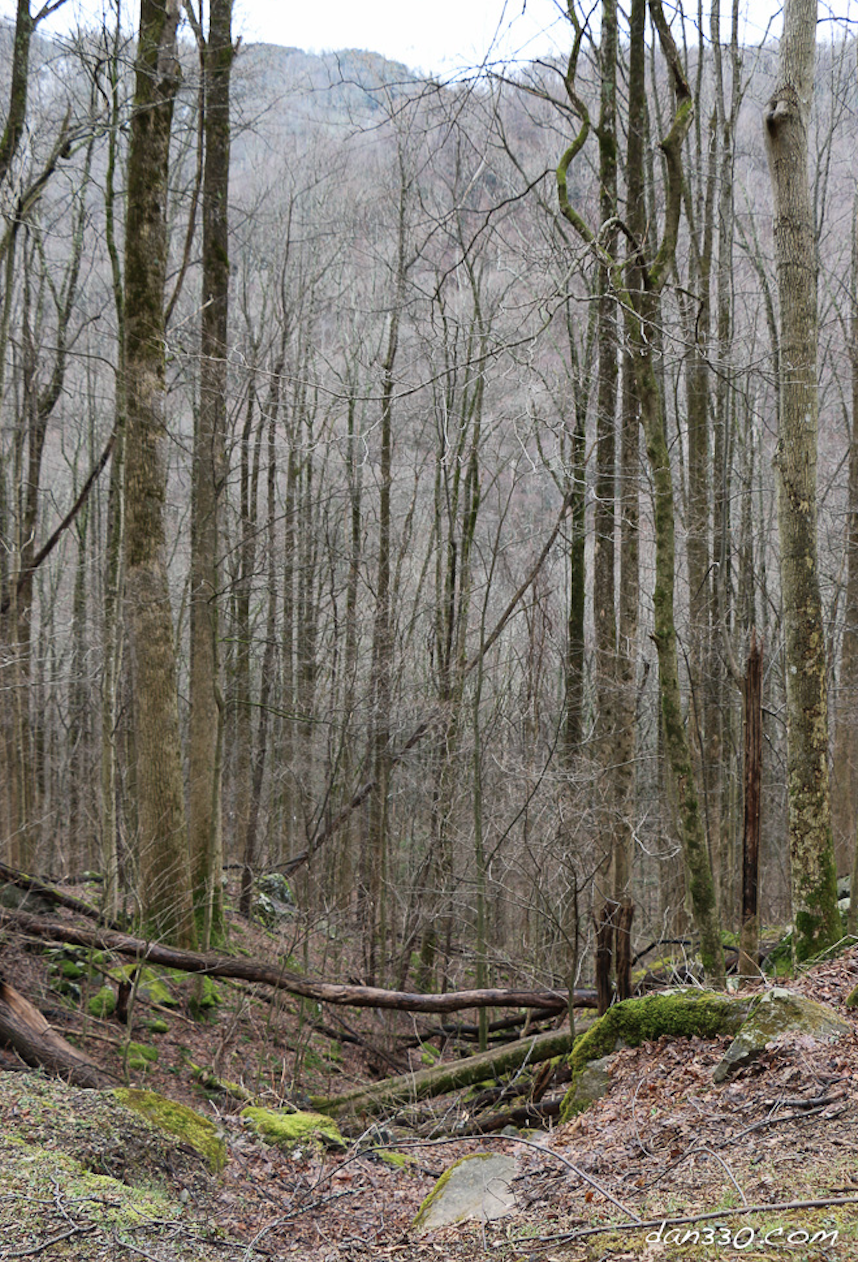 Tunnel along highway 441 reminds you of the terrain extremes you are traveling through. 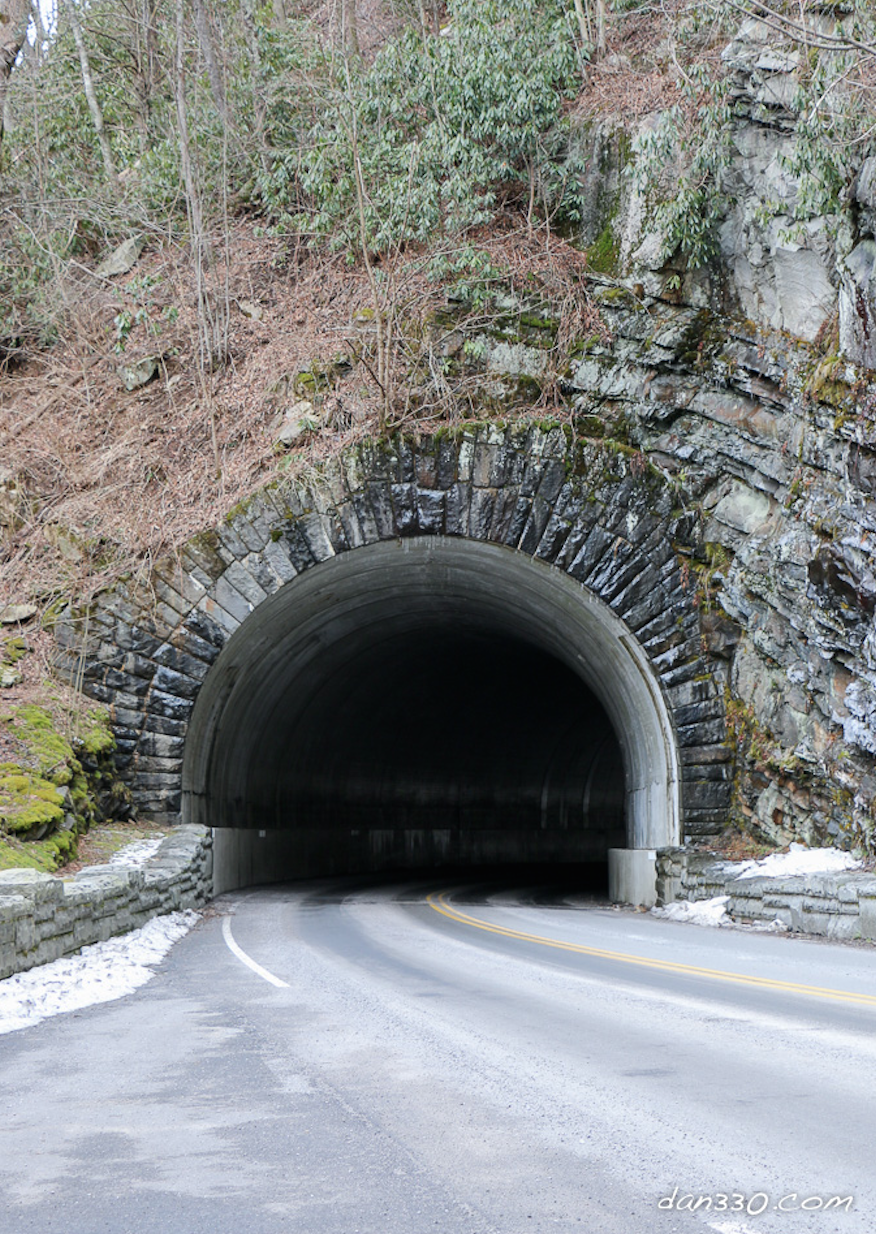 We came across an area where there was lots of moss. The greens just stood out. We took a few pictures. 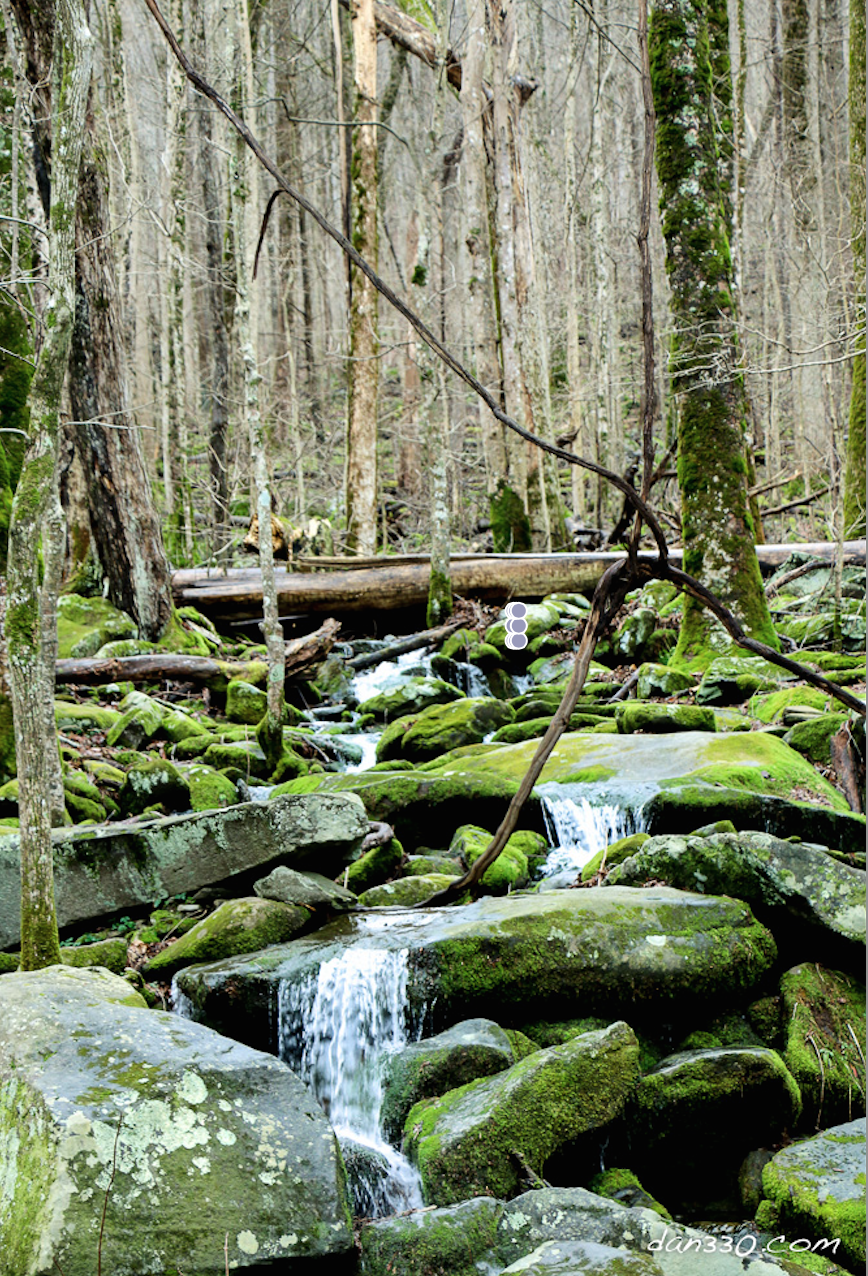 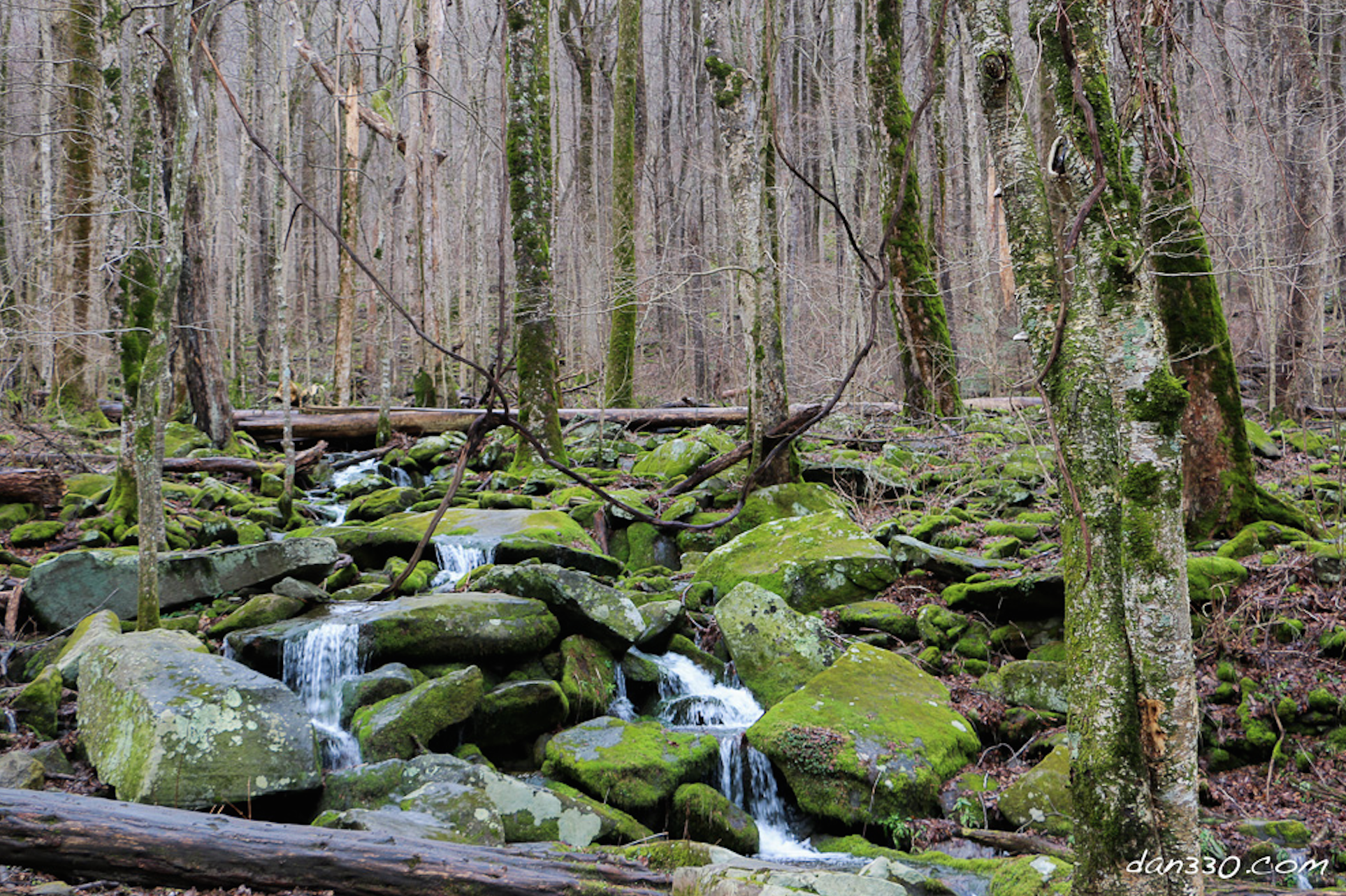 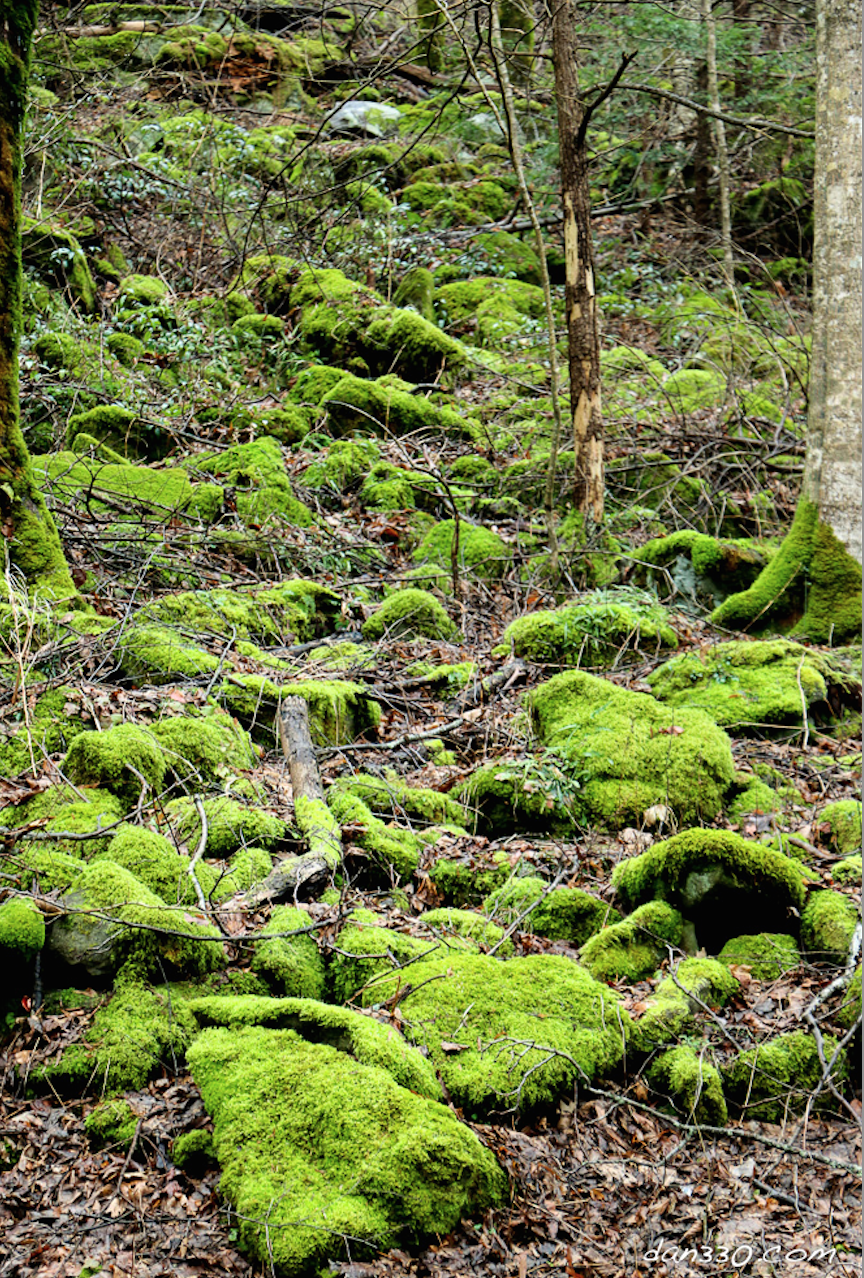 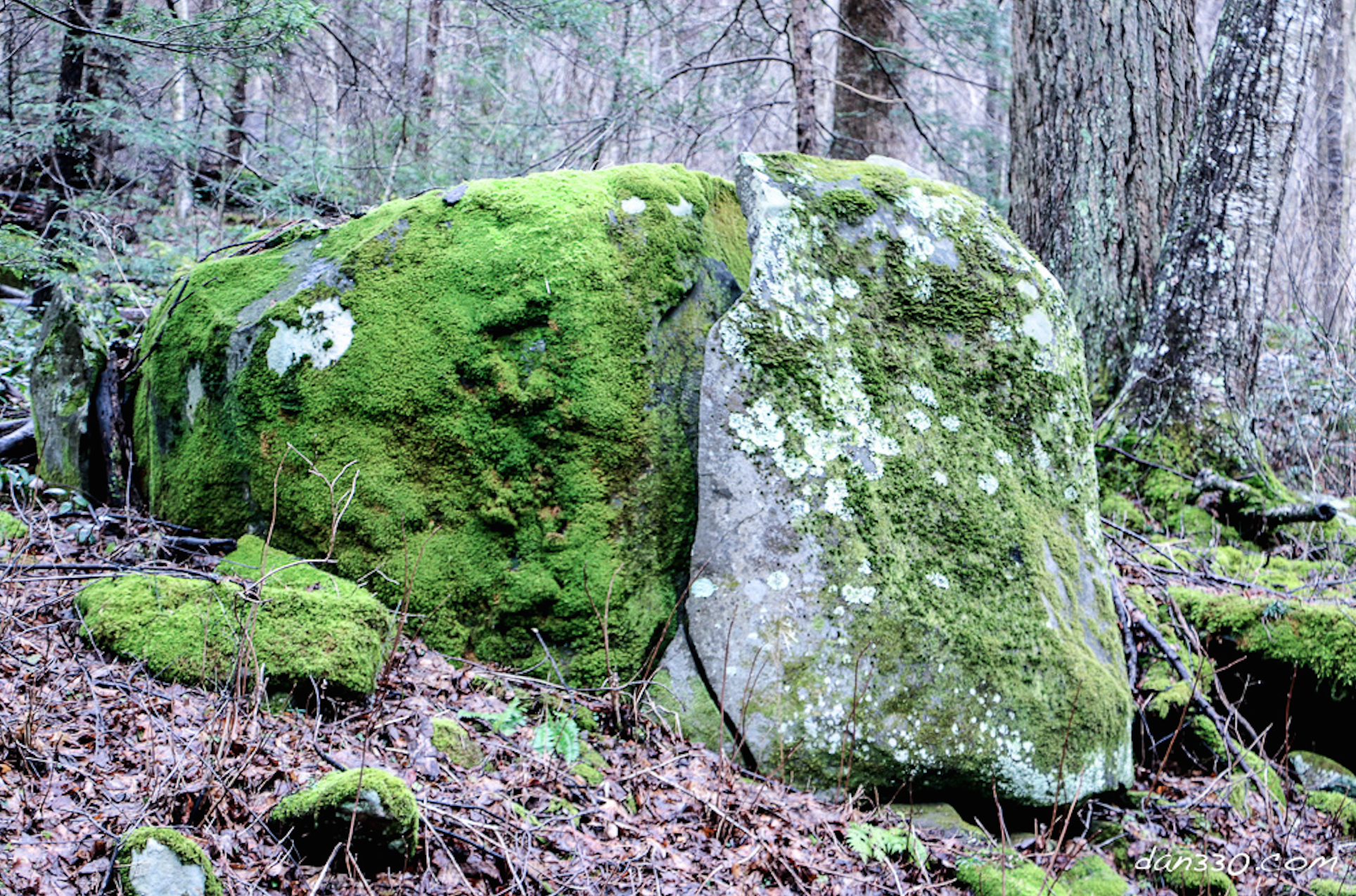 It was not long before we came to the edge of the park and the almost bizarre world of  Gatlinburg, Tennessee. Kind of like going from beautiful natural park into a crazy crowded town with rides and more of a carnival atmosphere. This reminded me of Branson, MO on steroids.  The traffic suddenly increased. I can’t image what this town is like in the summer.

The Great Smoky Mountain National Park is really a beautiful place. It is well worth visiting, even in winter. I think we were there at about the worst time and weather that they see.

The Tennessee side of the park is much more touristy in my opinion. If that’s what you like, have at it.

We really liked the North Carolina side of the park and look forward to visiting on motorcycles. We have to do the tail of the dragon.

We thought Asheville was a very nice town. Consider spend time here if you are going to the Great Smoky Mountain National Park.

I was disappointed that so much of the park area was not accessible due to road conditions. January probably is not a good month to visit if you want to see every part of the park.

To visit more national parks in our series click HERE.