This is part of a series covering American national parks and monuments.

One of our favorite places to vacation is the Big Island of Hawaii. A year ago we spend two weeks there courtesy of a video contest we won with our blog. Not bad eh?

Like most visitors to the Big Island we stayed on the west side of the island for part of our trip. In our case we spent 5 days in the Waikoloa area. The rest of the time we spent slowly working our way around the island. This way we could spend more time seeing the sights on the south and east shore. This is a big island and when we have stayed here before it took almost half a day to get to the Volcano National Park from the Waikoloa area. As you may have guessed this made for a very quick tour and then it was time to head back to our hotel or condo.

We had stayed at Kalaekilohanna the night before our visit to the park. The road to the Mauna Loa Overlook was the first part of the park we came to on the drive up to the visitor’s center at Kilauea Visitor Center.

Unfortunately the weather was not very cooperative the day we spent at the park. High winds caused the park service shut down the road leading up to the Mauna Loa Lookout. Our plan was to take photos of the park from the overlook. We were on the road headed up when we came nose to nose with a park ranger in a pickup clearing all the visitors down the mountain.

We have been the Volcano National Park many times but never had the time to explore some of the more remote parts of the park.

Volcano National Park is 100 years old this year. Unique in that it encompasses two active volcanoes, Mauna Loa and Kilauea. While not the biggest national park it is the most vertical with terrain from sea level to the summit of Mauna Loa. At a height of 13,667 ft, Mauna Loa is the most massive volcano in the world.

The main entrance to the park is just off Mamalahoa Drive which is the highway that goes around the south end of the island. We chose to head right to the Jagger museum to try to get a glimpse of the steaming vent at Ha’akulamanu Crater.  Even with the cloudy day we had a good view of the caldera. 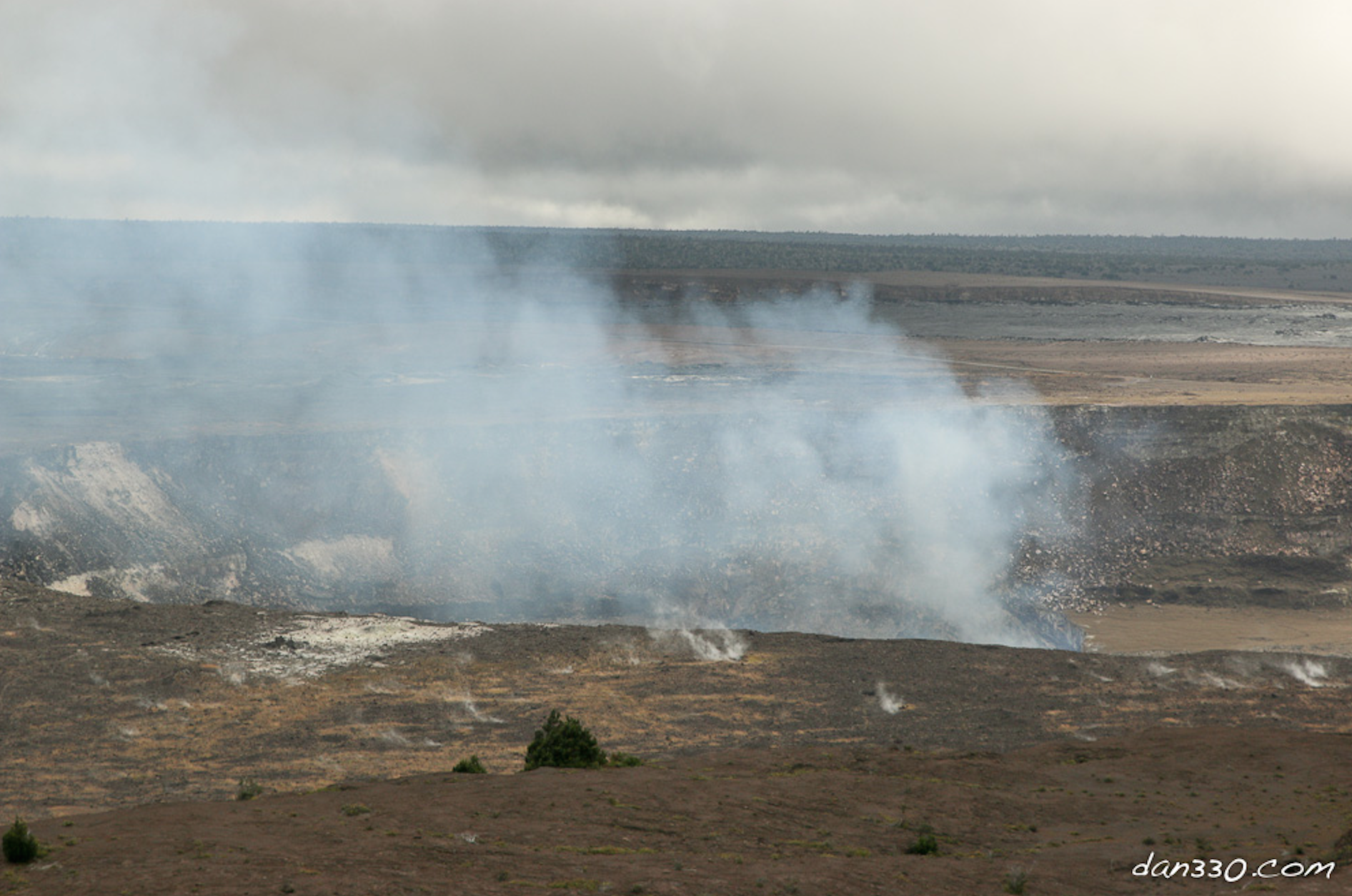 The Jagger museum has several interesting displays including real time seismic activity monitors. The Crater Rim Road is closed at the Jagger museum. Air quality is an issue and visitors are not allowed on trails or roads past this point.