How To Make Maple Syrup 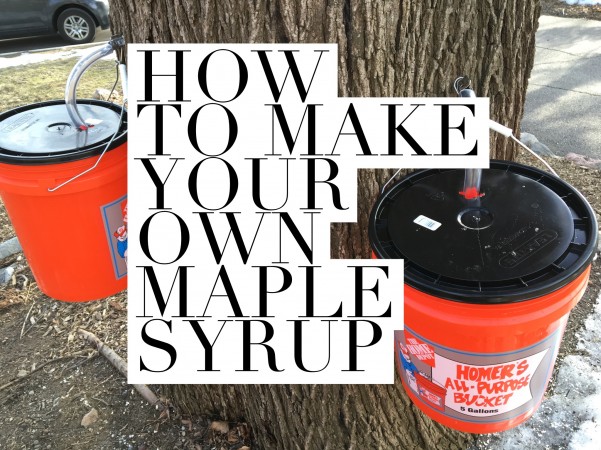 Hi! Welcome to my crazy summer project. This year, my family is trying to grow the vast majority of our produce out of our suburban home. This post is part of the larger series “Grow Your Own Challenge” and is part one of making maple syrup.

The tradition of making syrup has been around for a long time. Basically, the sap from maple trees is boiled down to syrup and then it is pasteurized and bottled. The price I have seen for a quart is usually about $12-15 range at farmers markets.

Even though the price for real maple syrup is expensive, this project is one that isn’t really about the money but about the quality of food we eat. The highly processed stuff that is commercially available and called syrup is very inexpensive, so we aren’t saving a lot of money by switching to the real deal. But it should be much healthier and much tastier! 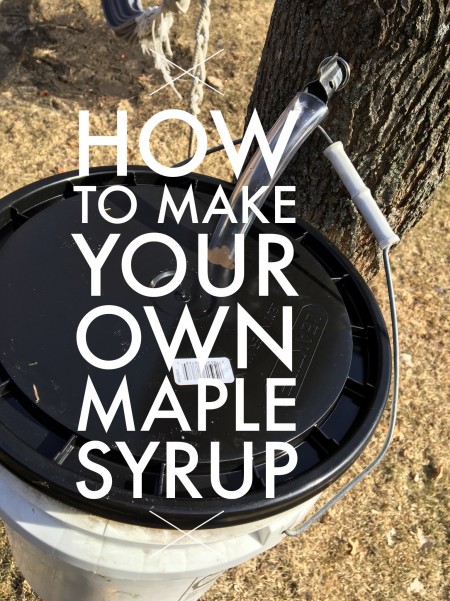 I am not a nutritionist, but we can all use common sense.

“Tests on the syrup, which is made by boiling sap from the maple tree, found that it contains compounds which could help manage Type 2 diabetes, as well as acting as anti-cancer and anti-inflammatory agents.”

How many Maple tree taps does my family need?

So what do we need as a family? The goal is to try to produce as much as we can naturally. I casually observed that my family goes through about a pint of syrup every week on average. 52 pints per year would total 6.5 gallons of syrup.

That helps me a bunch, but how many taps should I need to get that much sap? Each tap should produce 10-20 gallons of sap per season. Here in Minnesota, the is basically late February to early April. Check in your area for the right harvest time. The season is dependent on the right mixture of freezing and thawing for the tree. To make this simple, I will split the number of gallons needed and the gallon to sap ratio to 280 gallons and 15 gallons per tap. That would mean I need 18.6 taps to make my total usage of 6.5 gallons.

In other words, each tap collects 15 gallons of sap, which makes .37 gallons or about 1.5 quarts of pure maple syrup.

Ok, back to the real question, how to make maple syrup.

I started tapping trees last week and I have just now begun to start collecting sap. I was able to find enough maple trees in cooperative neighbors houses to set 12 taps this year. If this works well, I will tap several more next year. But this is plenty to get started. I am guessing I will end up with 18 quarts of syrup or so.

First, you need to identify a maple tree. There are several kinds and pretty much any of them will work. You can also tap a box elder tree as well. Some trees will have higher sugar content like the sugar maple so these may be slightly less work as you won’t have to boil down the sap as much. But to me this is not a big deal. Who cares if you have to wait another 1 hour to boil down another bucket of sap. In the big picture it just doesn’t matter to me.

The Minnesota DNR has a pdf document here that has some good resources for making syrup. I took a screenshot of part of it for this post. Make sure you follow these guidelines for the number of taps in each tree. You don’t want to damage the trees! 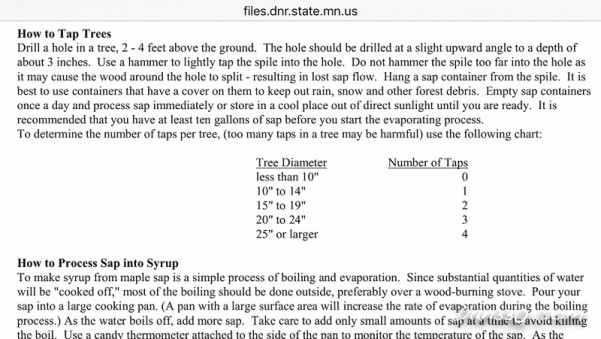 I ended up buying some taps at my local hardware store for about $3.50 each. They were from tapmytrees.com.

I have a quick video here to show, or you can read the step by step directions below.

First, drill a hole in the tree that is slanted slightly up as it is drilled so the sap runs out of the hole. The bit should be a 7/16 bit and it should go in three inches. 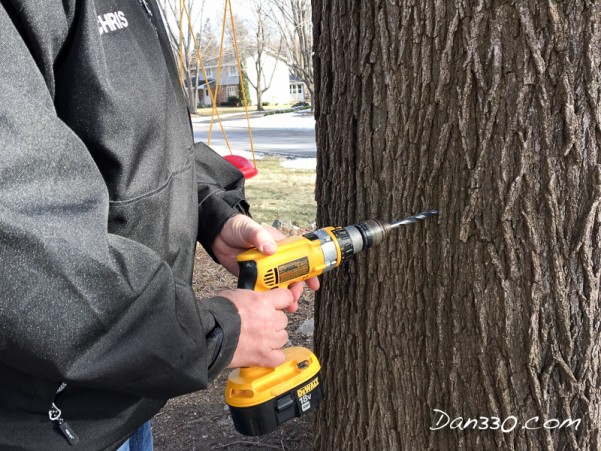 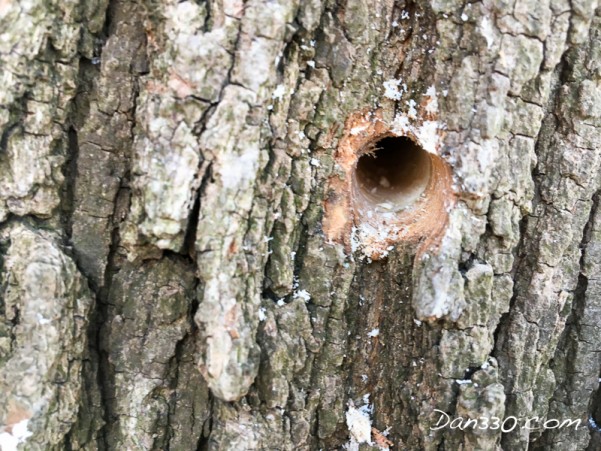 Tap in the tap with a hammer. 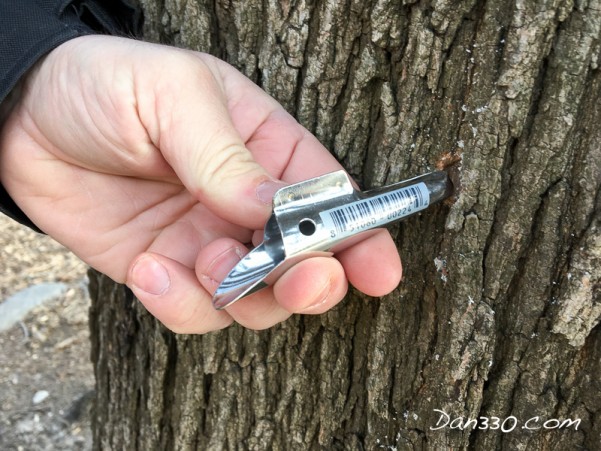 You can buy buckets that are made to hang on the hooks on the taps and there are lids that cover them but together they were about $20 for each tap. Instead, I went to Home Depot and bought  a bunch of 5-gallon buckets, some maple syrup bags (if you aren’t using food-grade buckets), and a bit of hose. That all cost under $4 per tap.

I washed all of the buckets with soapy water and rinsed them thoroughly. 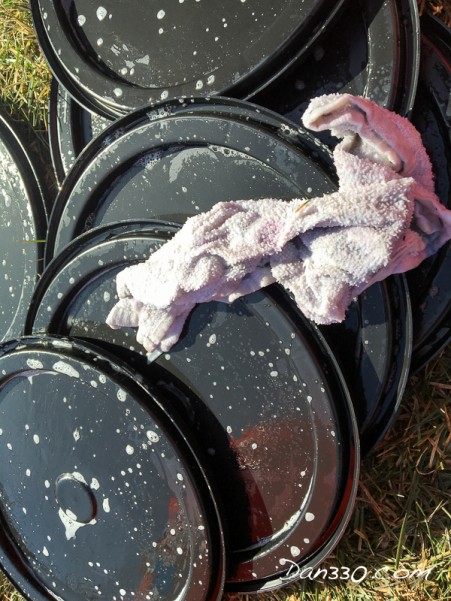 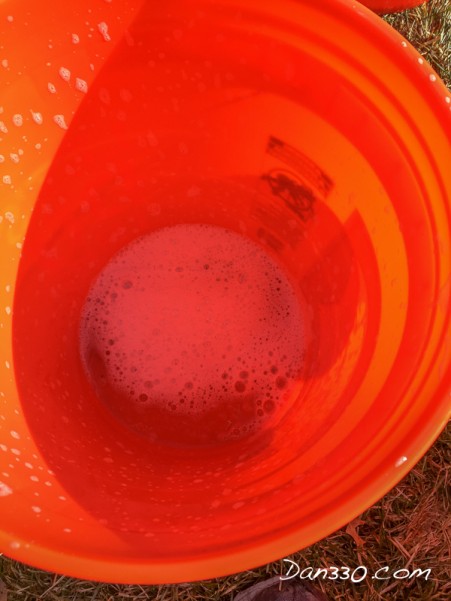 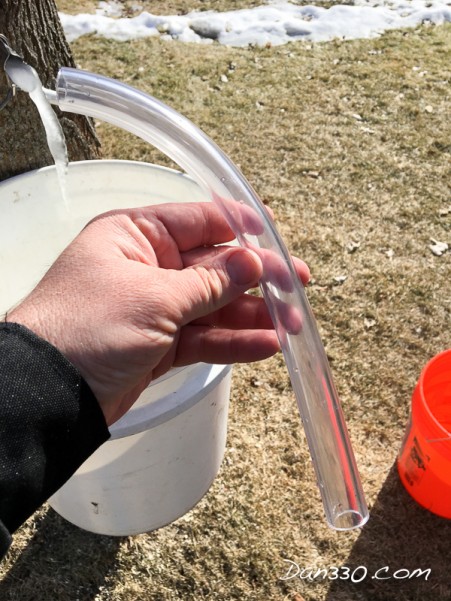 You can see one of my first taps in the back of the above picture. I didn’t put a lid or hose on it and it got a little bit of snow and other junk inside. That is why I went back to make the covers. I loved how the sap froze like an icicle. 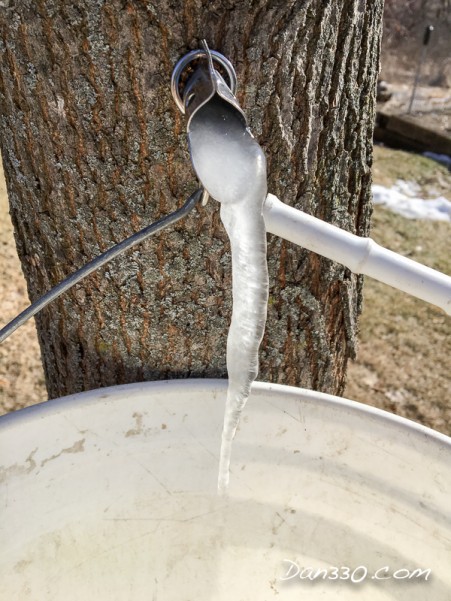 I made a hole in the top of each lid that was just big enough for the hose to fit through. 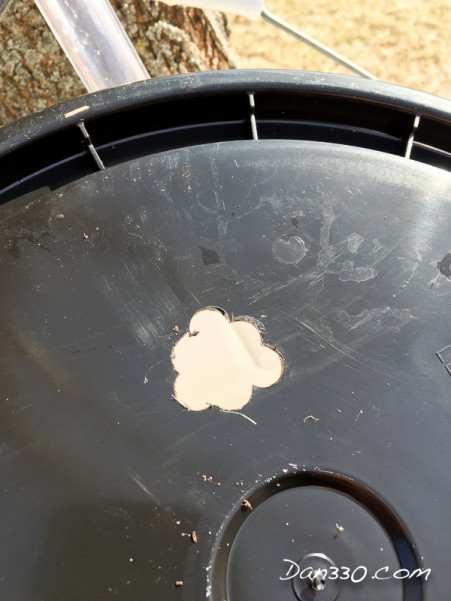 When it is put together, the sap runs from the tap, through the hose, and down into my bucket while keeping most rain, snow, and other junk out. Pretty slick and inexpensive set up really. 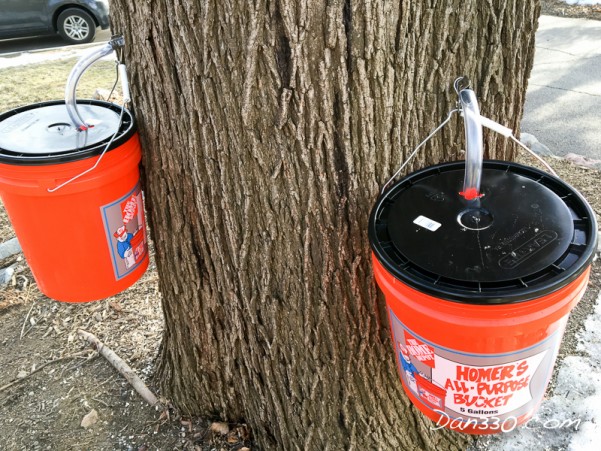 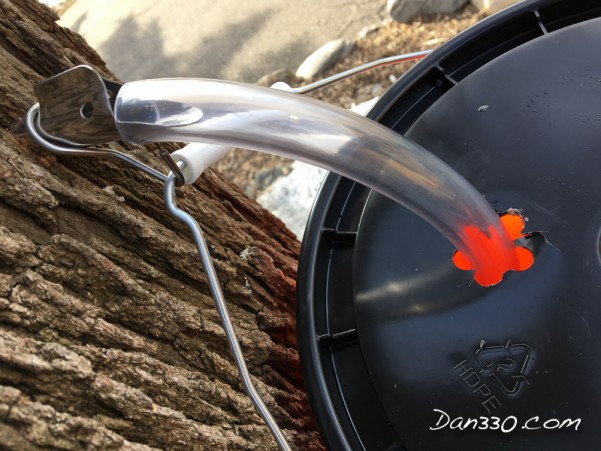 I showed you the first step on how to make maple syrup, now we wait. As I get processing and eventually cooking with maple syrup, I will get more posts up.

The next article will cover the processing of the maple syrup here.