Cruising on the Danube 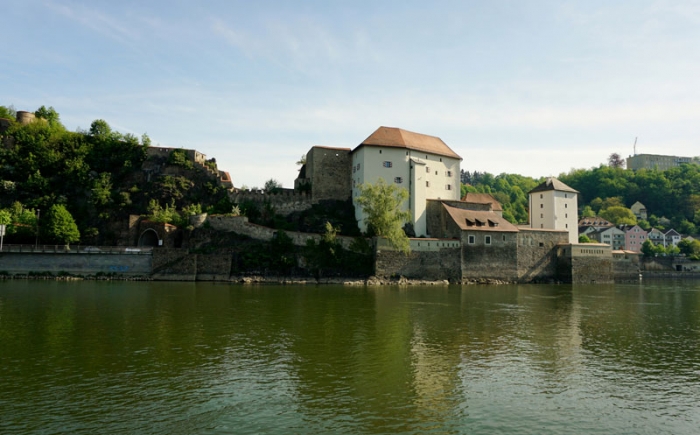 Reprinted with permission from Lillie News.

Slowly gliding down the Danube on my first river cruise, watching castles, churches, monasteries and villages along the way was relaxing and peaceful — mesmerizing, actually.

The ship was small — about 140 passengers — and there were different land tours each day. Some were included in the overall price, while others cost extra. Some people did their own walking tours around the beautiful countryside, and the historic villages and cities.

While the cabins were small, the Viking River Cruise ship had plenty of space for sitting or walking around, including a walking/running path on the top deck.

Outside Vienna, we visited the spectacular but crowded Schonbrunn Palace, a World Cultural Heritage Site, and the home of the Habsburg dynasty for several centuries.

In 1740 Marie Theresa became empress and raised 16 children there, including Marie Antoinette, the future queen of France.

In the summers, Vienna was dirty and smelly so for fresh air, the empress and her entourage of 2,500 headed off to the Schonbrunn, her yellow 1,441-room Baroque palace outside the city. Mozart first performed there and the story goes that the child prodigy was a rascal who loved to joke and once jumped into Maria Theresa’s lap and gave her a big kiss.

But it was the quieter places like the Gottweig Abbey near Krems that I most enjoyed. Founded in 1083, the abbey became a Benedictine monastery a few years later. Burned down in 1718 and rebuilt on a grander scale, the abbey is now a World UNESCO Heritage Site and sits on a hill overlooking its vineyards.

The monks raise grapes to make delicious wine and offer samples to visitors, and they also work in nearby communities. The fresco ceiling above the wide staircase was stunning, and so was the view of the countryside from the terrace where I enjoyed a pastry and cappuccino.

A couple of days later in Prague we started our 3 1/2 hour walking tour in the Jewish quarter, which dates back to the 10th century when Jews were killed during the Crusades.

Then in the 13th century, the Pope decreed that the Jews should be segregated from the Christians and a wall was built around the Jewish quarter.

However, in the late 1700s, the Jewish quarter was incorporated into the city by Holy Roman Emperor Joseph II, the oldest son of Empress Maria Theresa. The walls were torn down and he rescinded the 11th century law that required the Jews to wear distinctive caps or the yellow Star of David on their clothing, allowed Jews to attend public schools with Christians, and Jews to move outside the ghetto. Later, after his death, that changed again.

I had been in Prague with my mother before the Iron Curtain fell, yet the Jewish history was new to me.

Once again I visited Prague’s famous Old Town Square, dating back to the 12th century and watched the astronomical clock with the procession of 12 apostles every hour and walked down narrow streets and onto the Charles Bridge across the Vltava River from Prague Castle.

The area was packed with visitors while the city was celebrating the 700th anniversary of the birth of King Charles IV, a well-educated and well-traveled Czech who became Holy Roman Emperor and chose Prague as the seat of his power.

The crown jewels were on display in the cathedral that weekend and police were all around. Our guide warned us about eight times to watch out for pickpockets as she held up a pole with the name of our group so we could keep track of each other in the tightly packed crowds.

In the Lobkowicz Palace, one of many buildings inside Prague Castle but the only one that’s privately owned, I enjoyed a lovely, quiet small-group lunch of goulash with dumplings and homemade cheesecake topped with red berries and sauce.

The distinguished families that owned the palace over the years included princes of the Holy Roman Empire in the 1700s and other members of the Habsburg circle.

I was amazed to see original manuscripts of Beethoven, Mozart and other composers of the period and paintings of family members, paintings by master artists and ceramics dating from the 17th century. Afterwards, in a small concert hall we enjoyed listening and watching three musicians play several pieces of the period. It was wonderful.

On a previous trip to Salzburg, Austria, I had visited Mozart’s childhood home, taken a tram up to the famous Hohensalzburg Castle at the top of the hill and stopped at the coffeehouse Mozart frequented.

But this time I had an interesting lunch at one of the city’s oldest restaurants — St. Peter Stiftskeller — which I finally found after getting separated from the tour group while taking photos. We also visited the gardens from which Maria von Trapp of “Sound of Music” fame and her family departed over the nearby Alps to freedom in 1938.

I found more crowds at the 700-year-old Matthias Church in Budapest, where busloads of tourists were dropped off so it was hard to take it all in. But on both trips I bought a tin of local paprika, probably in the same shop, for my daughter who loves to cook.

Up the river in Nuremberg, Germany, our tour took us around the buildings where Adolph Hitler held rallies and where war crime trials were later held for the Nazi officers in charge of the mass murders.

We also did a bus trip to Theresienstadt, a former concentration camp located in the town of Terezin near Prague.

I had taken classes on the Holocaust and the postwar trials through the University of Minnesota, so it was most interesting to see some of these places in person.

Of the 144,000 Jews sent to Theresienstadt during World War II, about 33,000 died in the camp from overwork, malnutrition and diseases like typhus. Another 80,000 or more were sent to the death camps like Auschwitz. By the end of the war, Allied forces found 17,000 prisoners were still alive.

We walked into the cell where Gavrilo Princip, the man who killed Archduke Franz Ferdinand of Austria and started World War I, was imprisoned. He was a year too young to be executed but died a slow death over three years due to such harsh conditions in the prison.

Toward the end of the World War II, the cells were so crowded that the Jewish prisoners couldn’t lie down to sleep.

It was a heartbreaking tour, and hard to grasp how people could be filled with such prejudice and hostility that they would starve, beat and kill their fellow man by the millions.

Jews were scapegoats for a bad economy after WWI and in previous centuries falsely accused of starting the bubonic plague to eliminate Christendom. They were often moneylenders because they weren’t allowed to hold other jobs or be farmers. Sometimes they stood out because of their beards or clothing.

A sculpture on the wall of the landmark Cathedral of St. Peter in Regensburg depicted Jews suckling a pig, a huge insult to the Jews who had to walk past it to get to their synagogue.

It was amazing how much history we learned during the river cruise stops, and to discover how centuries of war began because of petty territorial disputes and ethnic biases.

It was sobering to realize that down through the ages, people have always been fighting over land, and lusting for power and dominance over their neighbors.

I found myself wondering why anyone who knows history would ever think there could be world peace.

World War I was supposed to be “the war to end all wars.” Instead, millions perished in later wars.

On the way back to our hotel in Prague after the visit to Terezin, we saw many beautiful fields of blooming yellow rapeseed, from which fuel and canola oils are made. They created lovely scenes of springtime renewal and hope, which were especially welcome that day.

There was much to think about as we prepared to head home from our trip — the legacy of man’s inhumanity to others, the striking architecture dating back hundreds of years, the history of the emperors, the monasteries continuing the tradition of winemaking and the winding Danube River that tied all of them together. 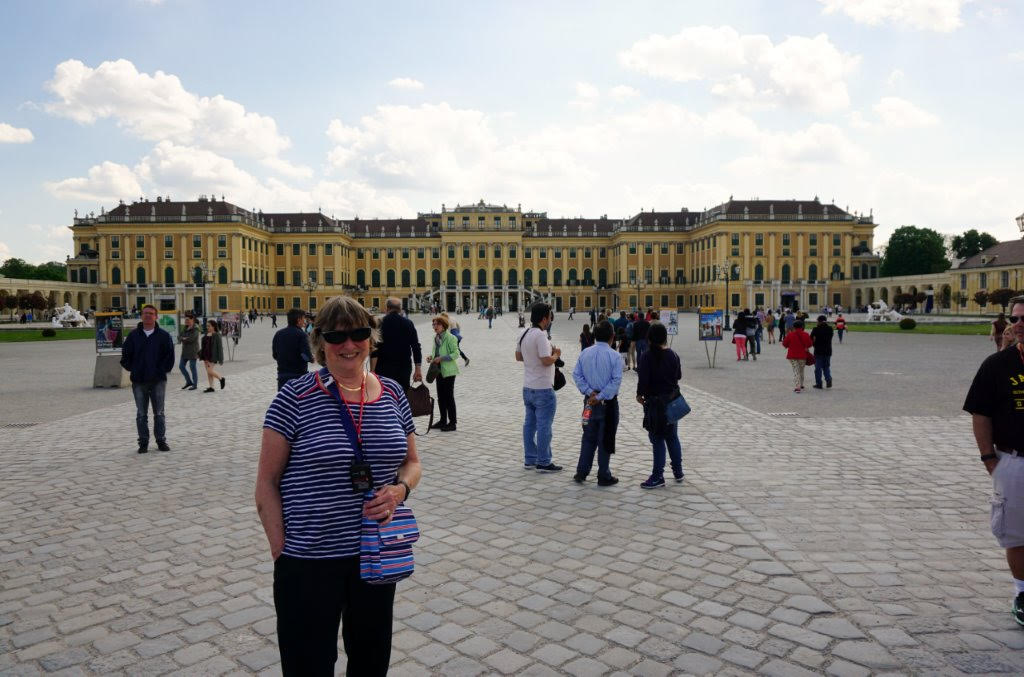