This mini pumpkin greek yogurt cheesecake recipe has only 130 calories per serving, and is SO easy to whip up!

So on my quest for healthier recipes, desserts have kind of fallen by the wayside.  But today, I’m sharing a healthier dessert option that is still totally fun, and guess what?  You don’t even have to share your pumpkin greek yogurt cheesecake.  Sharing is so overrated.

Can I be honest with you?  I’ve been craving pumpkin since mid-August.  Normally I’m all ‘noooo pumpkin!  Be gone!’, but this year I was more ‘when is it officially acceptable for me to bust out the p-to-the-umpkin?’

I had to play around with this greek yogurt cheesecake recipe to get the perfect pumpkin: greek yogurt: cream cheese ratio, and I think I’ve finally found it.  These taste so close to pumpkin pie that it’s crazy. Those awesome pumpkin pie spices: cinnamon, nutmeg and cloves.  With just a hint of tangy cream cheese.

And the whole thing is just SO creamy and dreamy, you are never going to believe that between the pumpkin puree and the yogurt, these babies are lightened up to only 130 calories each.

Get the Recipe here! 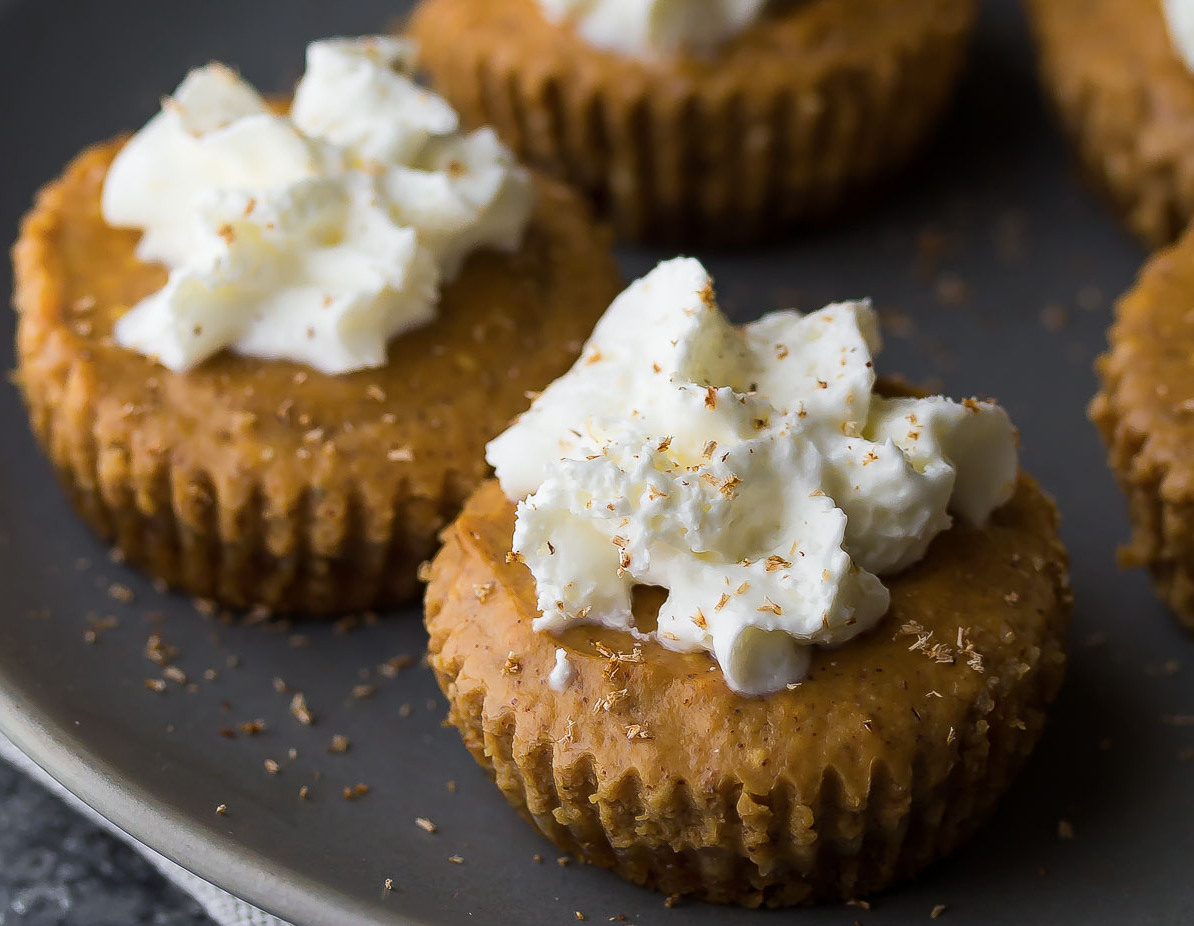