Fixing Up A Fixer Upper

You’ve decided to invest in some property, congratulations! Perhaps you have already picked the property that you want to buy or you’ve put down an offer. If you don’t have a lot of money in your accounts, you will have probably chosen a fixer upper. A fixer upper, as the name suggests is a home that has seen better days. Hopefully, though, it won’t be a complete disaster. The main principle of buying a fixer upper is that it’s not going to be more expensive to fix than it would be to buy a home brand new. If you buy a house with the right problems, you can solve the issues and then sell it on at a price that’s a lot higher, earning a nice profit. Who knows, you might even make more from it than it’s actually worth. No promises, though. However, before we think about fixing the home up we need to look at signs it’s worth buying. There are three reasons you shouldn’t buy a house to fix and repair. 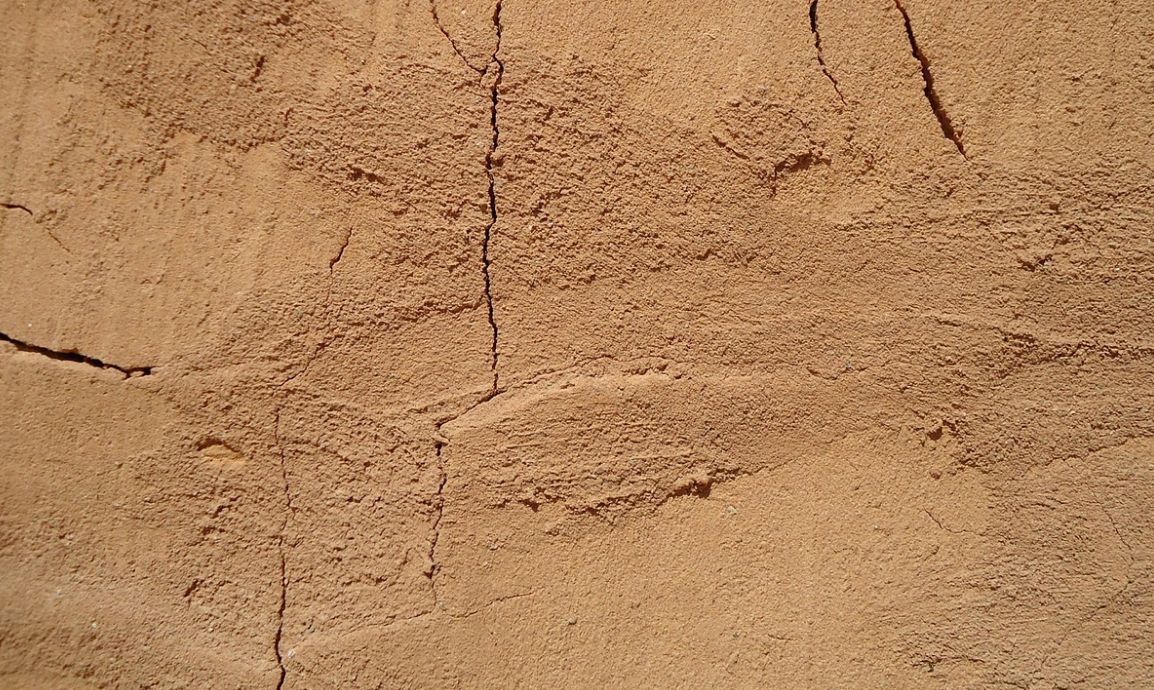 Structural issues make a home unsafe, dangerous and fairly unstable. It could mean that the home might not withstand a strong storm. Or it might mean that walking upstairs could cause issues with the property. You just don’t know, but there are signs to watch out for. If the home as structural issues, you might find that the doors are sticking, or they don’t fit properly. This will be because at some point the structure of the home has shifted. Watch out for uneven floors as well, they will have been crunched together. 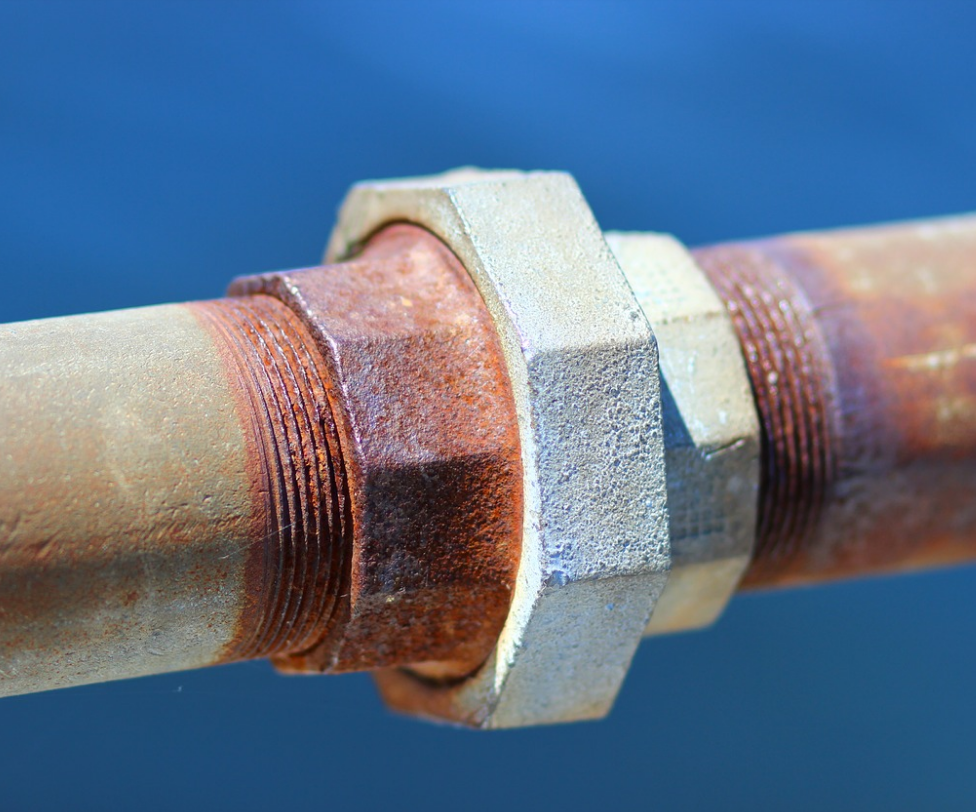 The second issue is anything with plumbing. Obviously, if there are a few leaky taps or a couple of drips, you might be able to repair them. But any serious issue should be approached with caution. A problem like this is not going to be an easy repair. It could actually be quite expensive, and you might even need to hire an expert to complete the work for you. Replacing an entire plumbing system is not a job suited for DIY nuts at all. 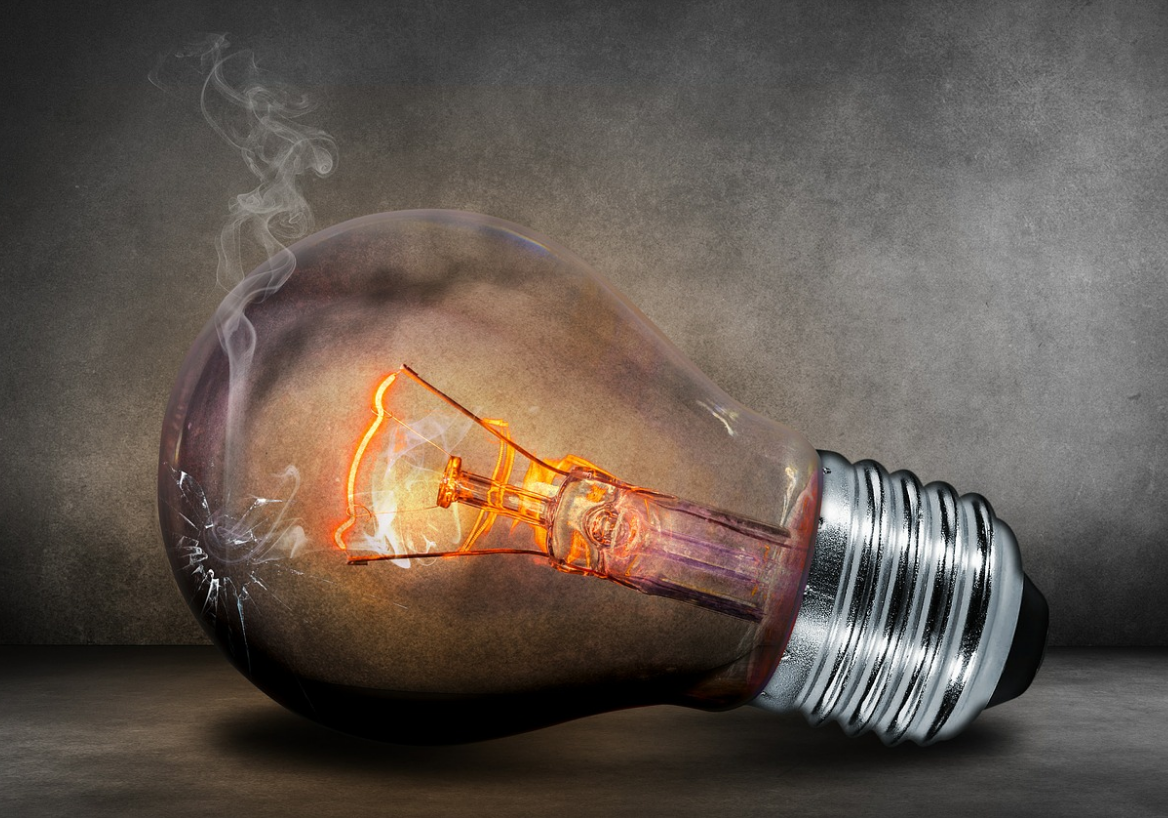 Don’t worry if a few bulbs are broken or out when you have a look around the home. Start being concerned if you walk in and nonon of the electrics are on at all. Or, if there’s a tell-tale sign that there’s a massive electric issue. For instance, all the bulbs might flicker in every room. That’s not a sign that they are all dying. It’s a warning light that there’s a serious issue behind the scenes.

If you don’t think there’s any issue like this feel free to buy the property. But do be aware that you might encounter other issues, they’re just not quite as serious. So, let’s look at some of the other problems with fixer uppers that are more manageable. 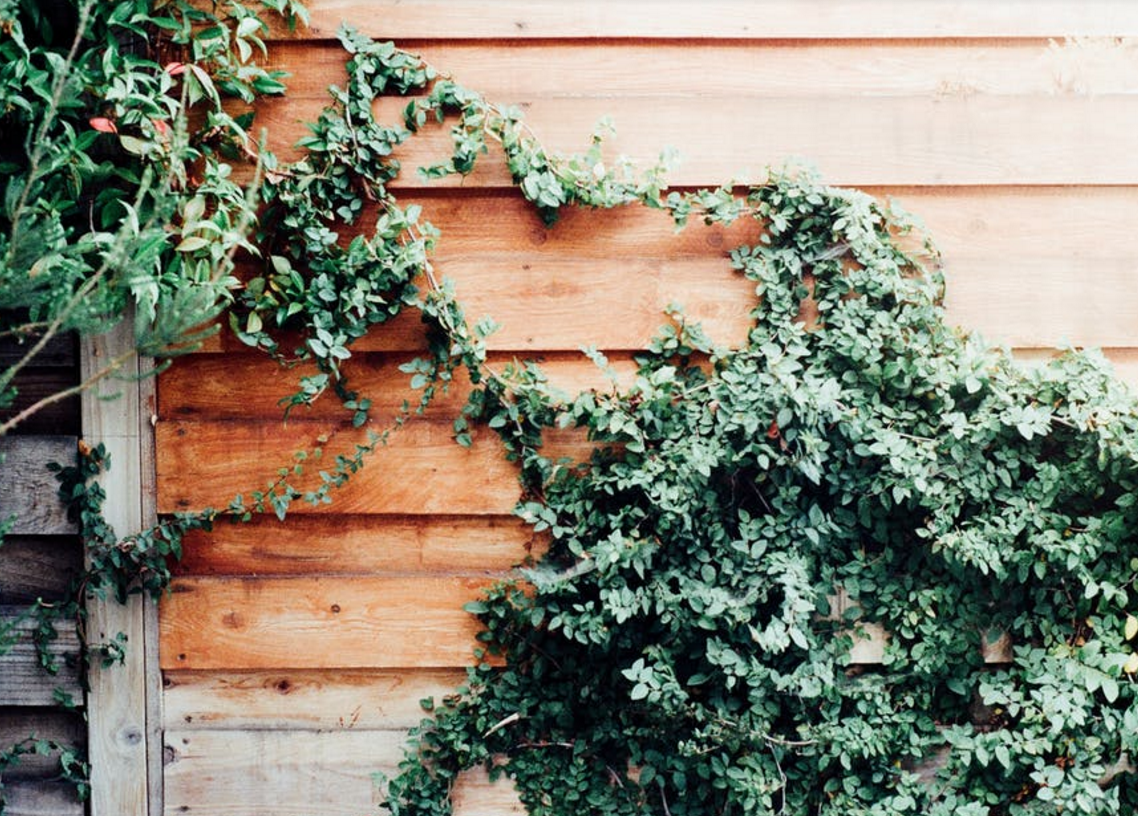 If a house is a fixer upper, there’s a very strong possibility that it’s been either abandoned or completely neglected. Usually, fixer uppers are born because an elderly relative dies and passes the property on. The new owner forgets about the property until they need money and then decide to sell it. By this point, there is no chance of the house selling at the asking price. Instead, the owner is forced to accept lower offers. This could be as simple as the fact that the house hasn’t been cleaned or maintained. You might find that the garden is overgrown and there is dust on the floor.

The good news is that both issues can be rectified with a little elbow grease and determination. The bad news? Unfortunately, an overgrown garden and dirty home may have attracted bugs and beasts. There could be an infestation somewhere from a wasp nest in the attic to a family of spiders in the walls. You can deal with these by using a pest control company, though. And, once you actually manage to clean the home up, the problem might even sort itself out. Insects and beasts will only stay if they have a nice home. Once you start changing their environment, they will quickly depart in search of a better place to live. Of course, sometimes they do require a little nudge from an expert.

Here’s an extra tip when buying a fixer upper. Be wary of furniture left over in the move. There might be a reason why they chose not to take that furniture with them, and that reason could be bed bugs. Yes, they’re the most difficult creepie crawlies to get rid of and they could be in your home. 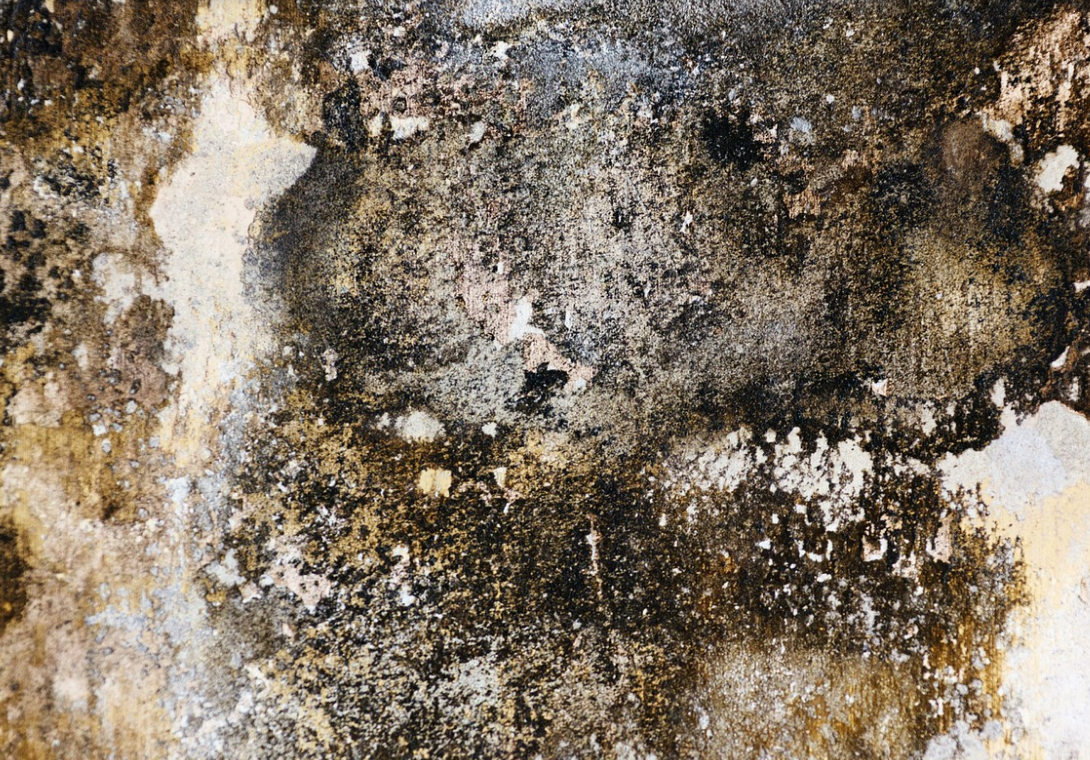 Dampness is a definite issue in the home. It can weaken structures, but it can also cause mold. Mold, as you may know, is harmful to young children and anyone with breathing difficulties. You’re going to find it very difficult to sell a home with this type of issue, but it’s easy to sort out. If it’s just a damp patch on the wall, you can eliminate it with a humidifier. Depending on the extent of the dampness, you should probably leave it on for a few hours. If there’s already signs of mold, you need to assess the damage. Small areas of mold can be removed with a disinfectant spray and some warm water. Though, you may find that the paint peels off with it. Larger areas of mold might require the wall to be scraped down with all the areas removed. This can be hard work, but it won’t cost that much money.

Remember, if there is dampness around the property, you should also look at the cause. If you simply fix the outcome and not the cause it will happen again and again. Usually, dampness is caused by poor insulation. As such, you should think about fixing the insulation with new windows if the seal has faded. You may also want to consider what a damp patch on the ceiling could mean. Often, this is either a leaking pipe or a hole in the roof. Either way, it needs to be fixed quickly. Don’t forget that damp and mold is another issue that will bring insects into your home.

If you are buying an older property, it might have some issues that can be quite damaging. For instance, any home built before the 1980’s could have asbestos hidden in the walls. In the past, asbestos was used for insulation purposes and was considered to be perfectly safe. These days, many people agree that asbestos is dangerous and deadly if it is disturbed. If it’s left alone the material is perfectly safe. Any sign of asbestos should show up on a survey when you buy the property.

The other issue that might be present is lead paint. Similar to asbestos, lead paint was once believed to be perfectly harmless. Now, we know it can be toxic and potentially deadly to young children. Even a teaspoon of lead could be detrimental to the health. You can get lead paint tester kits online and we certainly recommend it before you even think about putting the property back on the market. 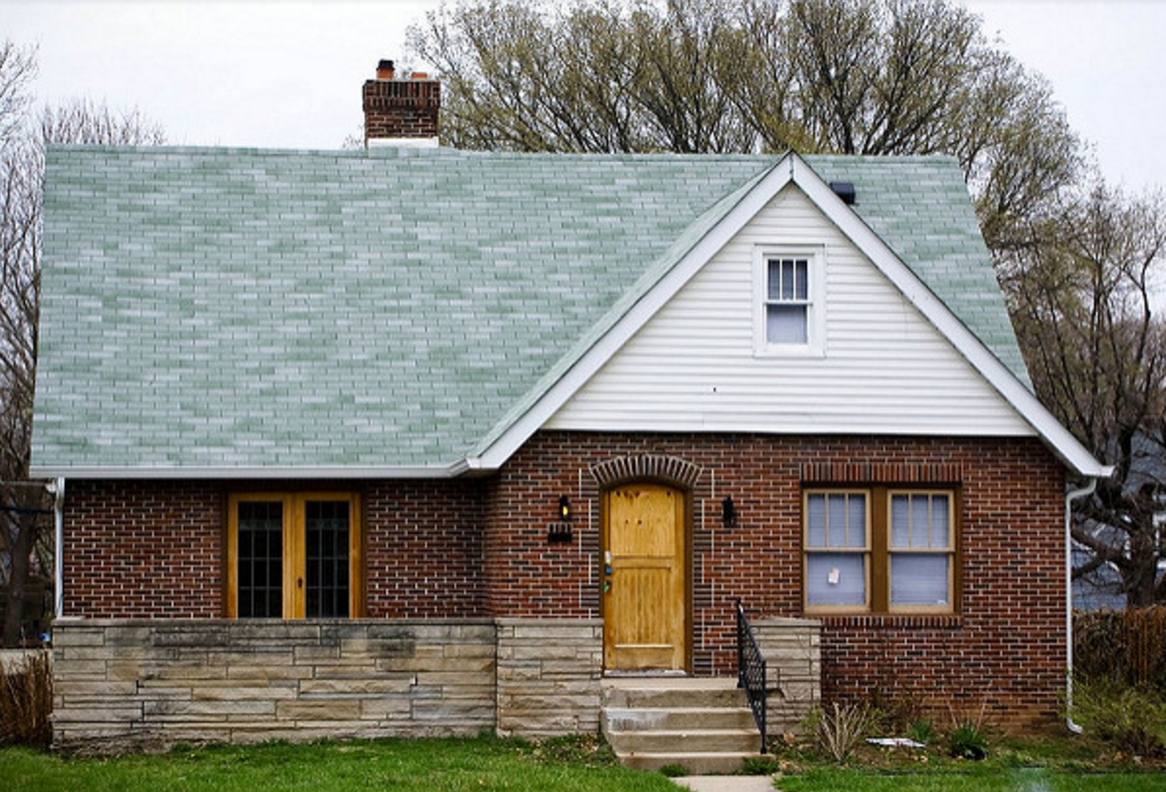 We imagine if you’ve bought a fixer upper it doesn’t have that much curb appeal if any. As we said, the garden is probably overgrown, and any grass might be looking a little patchy. The first thing you need to do here is cut everything back. Make sure that the garden and the shrubbery is all trimmed. This is going to immediately make the place look a lot grander. After that, think about adding some new flowers and of course, removing any dead ones. By doing that, you’ll give the place some life and color. It will make it attractive to potential buyers, and that’s exactly what you want. Finally, try adding at least one unique feature to the garden. This is something that should stand out from the rest of the street. One possibility would be something simple like a water fountain. Water fountain can be purchases cheaply and don’t require as much maintenance as a fitted in water feature. This also provides the possibility of removing it if the potential buyer doesn’t want it as part of the property.

Don’t forget, there’s more to curb appeal than just the garden. You need to think about the front of the home and quite possibly the roof. If there is any structural damage, make sure you get a roofer to fix it. You can also think about replacing the front door with something that is more eye-catching. If there is no regulations on exterior aesthetic in the area where the property is, you might want to consider a door with a brighter color. This is sure the attract attention and interest from people interested in buying.

As you can see then, there’s a lot to think about when you purchase a fixer-upper. Everything from whether it’s worth the cost to potential problems should be taken into consideration. But there is no doubt that it is also a fantastic opportunity if you know the right steps to take.