Why You Should be Eating Sulfur Rich Veggies 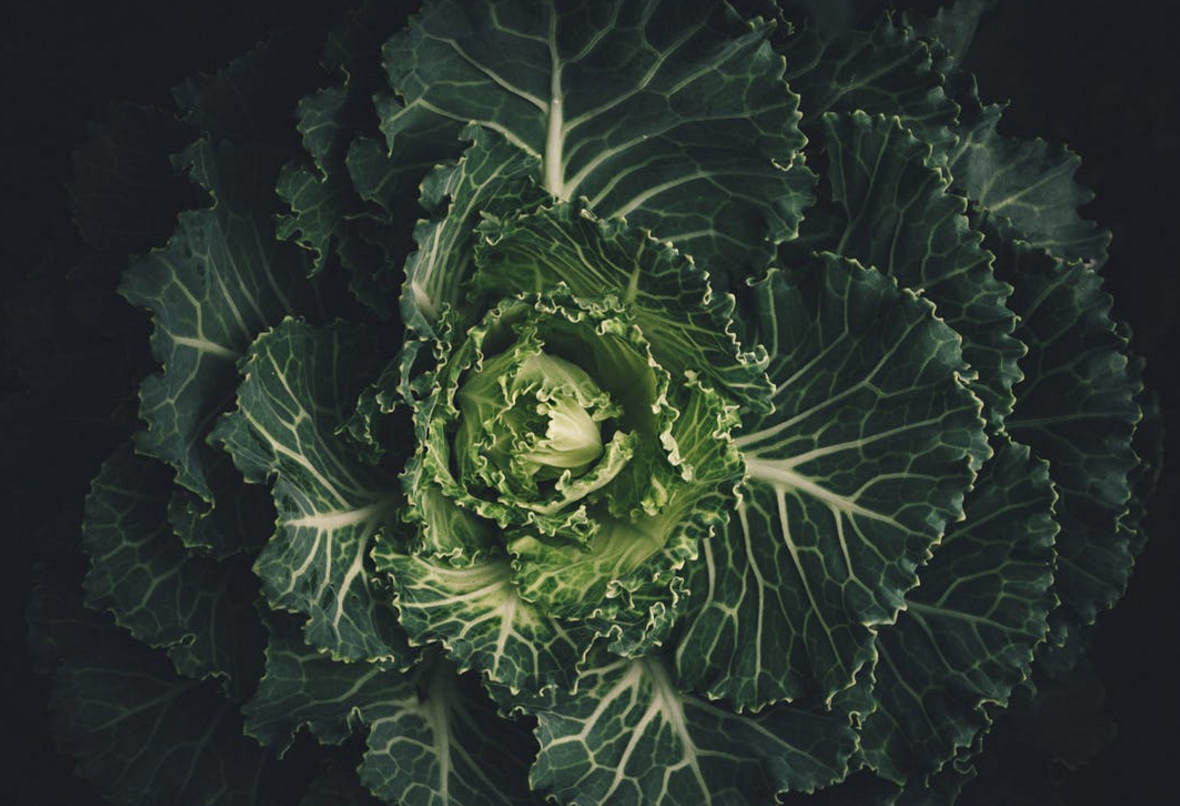 Most of us would do almost anything to add some extra health into our lives. It can be far easier than most people think, and sometimes just requires some added goodies into your diets. Today, we’re going to look at adding sulfer into our meals and dinner tables, as well as the benefits of this dietary element you may not know a lot about.

Few people even know much about sulfur besides the whole rotten egg, fire and brimstone thing. There is more to sulfer than volcanoes and hot springs though; sulfer is a mineral with a role in our physiology, but it doesn’t showboat like the obscenely corporeal calcium, forming bones and teeth that you can literally feel and see.

Sulfer won’t immediately soothe your restless muscles or put you right to sleep, like magnesium. Unlike zinc, it doesn’t figure prominently in the production of a sexy hormone like testosterone. And though you can take iodine and get an instant reaction from your thyroid, taking sulfur doesn’t produce anything tangible. In short, sulfur lurks in the background and keeps a low profile.

As with any natural vitamins and minerals, you will find that most of these can be taken in tablet form as supplements if you are not getting enough of them in your diet. These elements are natural boosts to your immune system, can help you fight off illness naturally, and enhance how your body develops and functions. Remember, if you are pregnant or taking other medications, it can be a good idea to talk to your doctor before stocking up on vitamins, as they can sometimes react. Anyway, back to those sulfer-rich veggies!

So, what exactly qualifies as a sulfur-rich vegetable? Any and all fibrous non-leafy (although some have leaves, they’re never the foodie focus) usually green vegetables that steam well and emit a distinctive odor. These include:

And why should we be eating more sulfer? Well, by weight, sulfur is one of the most abundant mineral elements in the human body, coming in at around 140 grams for the average person. Abundance of minerals in the body don’t happen by accident, and all serve a big purpose in how we function. If you, or someone in your family really struggles with these foods, you can take our advice from above and supplement them with organic sulfer crystals, so you can be sure your body is getting what it needs to cope its daily physiological processes. Let’s take a quick look at how sulfer works in our bodies:

But if sulfur can be found in all the animal foods we’re already eating – beef, chicken, eggs, pork, dairy – what’s the point of eating all those sulfur-rich vegetables?

There are two reasons for focusing on sulfur-rich vegetables. First, it’s helpful to group things. We’ve got the leafy greens, we’ve got the brightly colored produce, and we’ve got the sulfurs. We want to eat things from all three categories, and making the latter a separate group ensures that we don’t go overboard on the spinach. It’s just a neat way to get the pro-vegetable message across and increase variety of intake.

Second, and most importantly, sulfer-rich vegetation tends to come with extremely potent organosulfur compounds that offer a lot of benefit to those who eat them. Animal sources may contain plenty of sulfur-rich amino acids, which we undoubtedly require, but they don’t contain the organosulfur compounds.

So, let’s explore our two main sulfer-rich veggie groups, and look at their benefits. 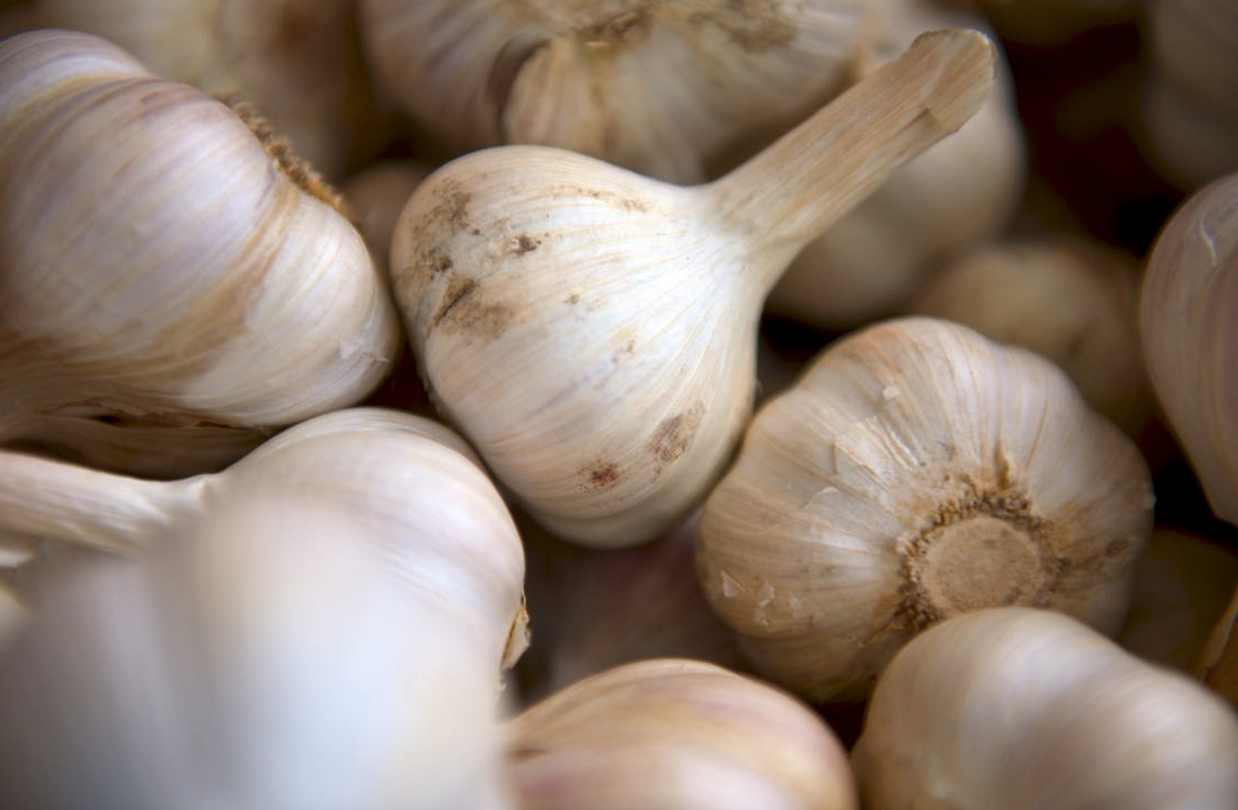 Garlic, onions, shallots, and leeks all contain various organosulfur compounds. Garlic-derived compounds have shown promise as anti-cancer operatives in in studies, and

various garlic sulfides protected mice from serious lipid cell damage and increased glutathione activity in the liver. The garlic sulfides were delivered via corn oil, but garlic butter is much tastier if you need a fatty accompaniment to your garlic.

When cooking meat, using an onion and garlic-based marinade reduced the formation of heterocyclic amines, which is a carcinogenic compound. Onion compounds have also been proved to improve glucose tolerance in diabetics, but garlic did not.

Broccoli has also been proved to help rid the body of high pollutants, encouraging free radicals to exit the body and steering clear of cancer. Broccoli sprouts also reduce oxidative stress in type 2 diabetics, as shown in a double-blind placebo-controlled trial.

Organosulfur compounds from all kinds of brassicas have the potential to reduce or counteract the carcinogens derived from high-heat cooking, and eating brassicas along with a carcinogenic meal can help prevent the body absorbing the bad stuff.

How to prepare these vegetables without losing the good stuff

You can’t just go and eat a head of cabbage like an apple, or throw together a lovely salad of raw onion, raw garlic, and raw broccoli stalks. Well, you could, but it would be pretty unpleasant. No, you want to cook these vegetables, because they taste better and are likely more nutritious that way. But you also don’t want to miss out on all the good compounds we’ve been discussing. You want the optimal prep method for your veggies – or as close to it as you can possibly get.

If it’s beneficial allyl sulfur compounds you want to consume, eating your alliums raw and sliced is the ticket, as heat breaks down the compounds.This means that those helpful things that you are trying to consume are no longer there, and the benefits are far fewer. The only problem is that those same allyl sulfur compounds that might fight cancer, boost antioxidant status, and ward off liver damage are the very things that make raw onion and garlic so pungent, stick in our mouths, and give us bad breath. Some people enjoy the stuff raw, but most prefer them cooked.

Luckily, studies suggest that by slicing your alliums and letting them sit for at least ten minutes before cooking, you allow the myrosinase enzyme to release more allyl sulfur compounds and make them more resistant to heat. So, let your onions and garlic rest before you throw them in the pan, and they’ll be all the better for you.

Steaming is the way to go with broccoli. One study found that lightly steaming broccoli rendered the sulforaphane three times more bioavailable than after heavily cooking it. Broccoli is best steamed until it’s bright green and tender enough to pierce the stalk with a fork with an easy push. Soggy, dull green broccoli is the worst, and it’s nowhere near as beneficial as when it’s al dente. Three to four minutes of light steaming is ideal.

Again, lightly steamed cabbage offers more bioavailable organosulfur compounds than cabbage cooked at high heat in the microwave. Chop it up to your desired consistency, let sit for a few minutes so the goodness can get to work, and just stick to four or five minutes of steaming. Then, toss with olive or sunflower oil. If you need to microwave your cabbage, use the low or medium setting.

Cut into small florets, let sit for ten minutes to let the myrosinase enzyme do its work and make the glucosinolates more available to your body, and steam or bake. Baked cauliflower tossed with turmeric, curry powder, cayenne, salt, and olive oil is delicious, just for the record.

Quarter and steam your brussels sprouts for five minutes, but for some delicious flavors, stick them in the oven to finish them off on a high heat. They will caramelize, and they are delicious. Bacon is also an excellent accompaniment to brussels sprouts, and although this meat is hardly seen as healthy, we’re hardly going to pass on bacon, are we? Plus, it can be hard to encourage some family members to eat their sprouts, so some are better than none, right?

Slicing, sitting, and steaming is always a safe bet. For all these foods, try to embrace the bitterness. Love the bite, because that bite and that bitterness means you’re getting those interesting compounds. Enjoy the crispness of lightly cooked brassicas from time to time. It may take some getting used to, and you might have to play with different flavor combinations so that the bitterness will work, but you’ll be pleasantly surprised and happy that you have avoided the mush.

What is your favorite sulfer-rich vegetable? Are you and your family getting enough of those good greens?